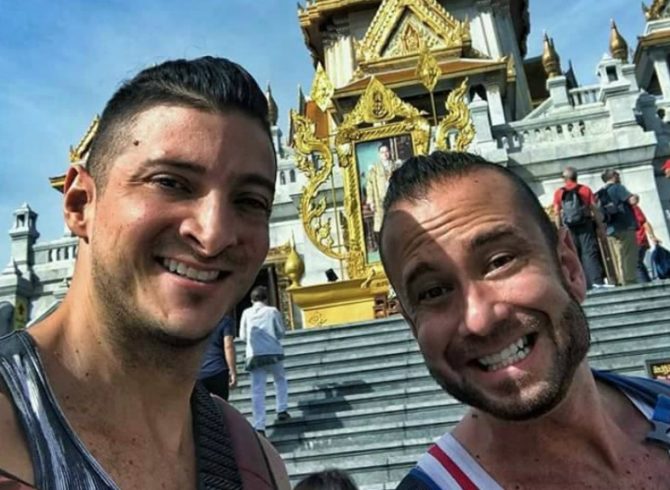 Joseph and Travis Dasilva are a gay San Diego couple who was taken into Thai police custody after a social media stunt — photographing their bare behinds at Buddhist temples and uploading the pics to Instagram — backfired big time.

The maximum penalty for public nudity in Thailand is a fine of 5,000 Baht (around $153 dollars), which the men initially paid.

But their troubles will be much more serious. 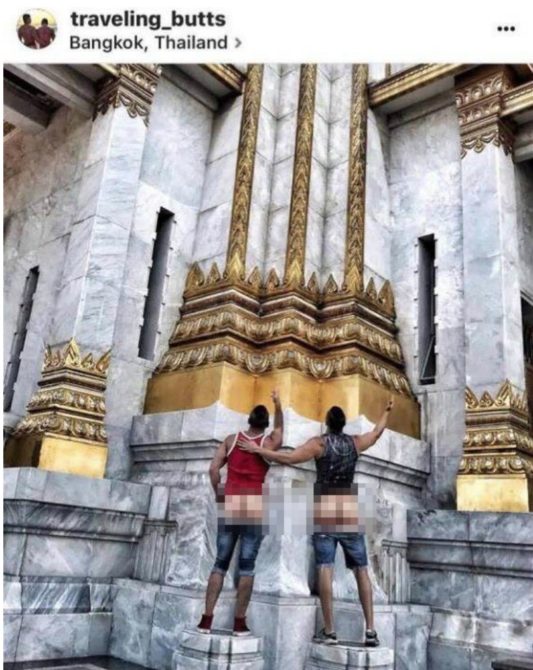 As the San Diego Gay and Lesbian News reports, the Thai government is looking to make an example of the foolish Americans, tacking on computer crime charges for distributing pornography, as well as a no-joke religious insult charge.

San Diego City Commissioner Nicole Murray-Ramirez is actively trying to help the couple, but she notes that the case has some big problems.

For one, she says the Thai judicial system takes remorse and compunction very seriously. The problem here is that Travis and Joseph look pleased with themselves in the photos they uploaded.

“Their pictures show them smiling and having a good time and that, of course, is damaging, it’s almost as if they’ve given the court evidence to use against them. Obviously, the judicial system and the Thai government have found out about their Twitter account and other pictures that have been posted to social media.”

“Honestly, we are concerned about the years they are facing in prison, but at the same time, they have sadly projected a stereotype of what many people feel is typical of American tourists. This has turned into a very difficult case and an international case and this does not bode well for them.”

Related: One of the Kennedys was arrested for defending gay friend in bar brawl