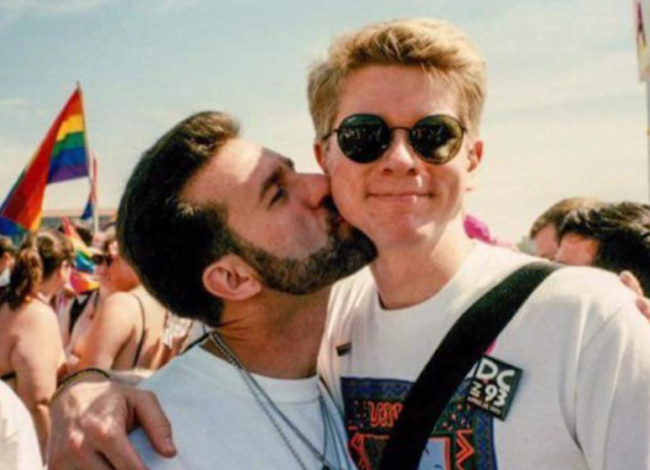 Married couple Nick Cardello and Kurt English have been together for a quarter of a century. The couple recently posted two photographs of them sharing a kiss — the second photo taken 24 years later and mirroring the first — and the two images have unexpectedly gone viral as a testament to the power of gay love.

Cardello and English met back in 1992, and attended the March on Washington for Lesbian, Gay, and Bi Equal Rights and Liberation of April 25, 1993; a year after they began dating. There, they took a photo featuring Kurt giving Cardello a kiss on the cheek in front of the National Mall.

Recently, the couple attended the Equality March for Unity & Pride in Washington D.C. and decided to recreate the photo at a friend’s behest. Later, they posted the images alongside one another on social media, where the result quickly made the rounds on Reddit and went viral.

You can see why in the photographs below: 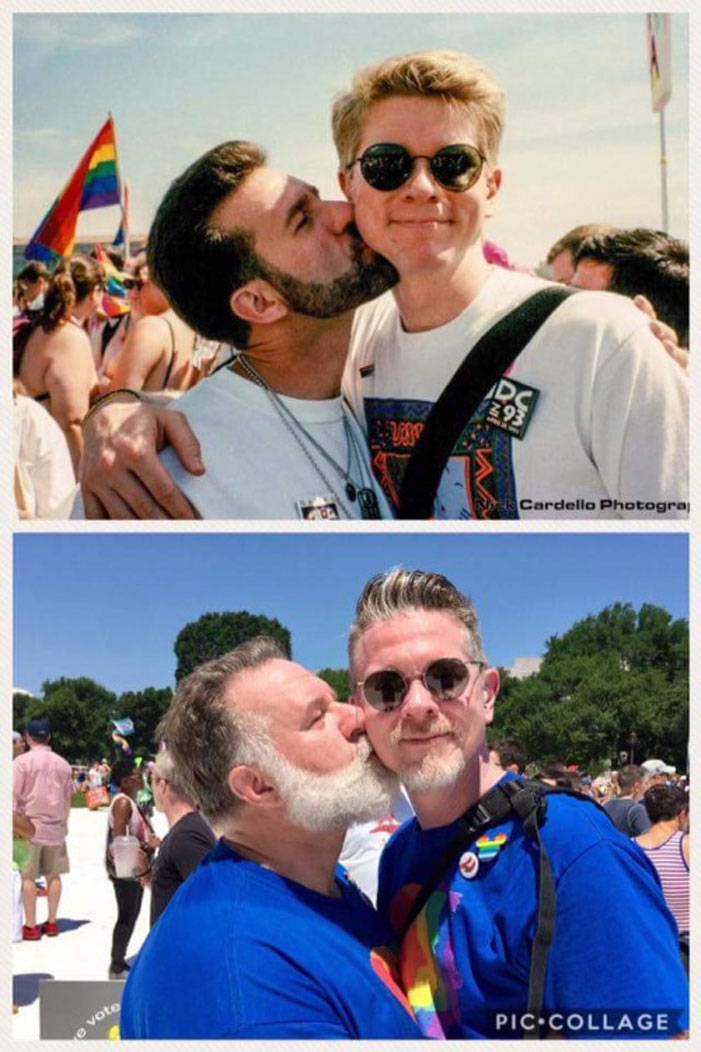 It wasn’t long before they started receiving supportive messages from friends who gleaned the photos on social media. One tweet featured the photographs side-to-side along with the caption, “It’s just a phase.” It’s been retweeted over 161,870 times and favorited over 634, 800 times. 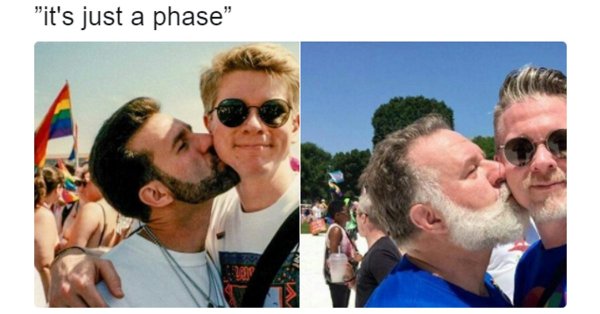 Initially, they found their unexpected Internet fame a fun diversion, but the supportive comments really began to touch them — especially when they realized how much their photograph affected younger LGBTQ generations.

“The youth … don’t see many photos of gay couples getting old together,” Cardello says. “[For us,] It’s nothing special, but for some people who are still learning to love, it’s encouraging to them.”

Related: There’s a reason this coming out video has quickly gone viral

At first, Cardello felt anxious about sharing the intimate images, but he’s come around, realizing how they could help people accept and support same-sex relationships.

Cardello initially felt sheepish about sharing such images of them kissing, but he also noticed non-LGBTQ people who reposted his photos as a way to talk about journeying from homophobia to eventual acceptance and support of same-sex couples.