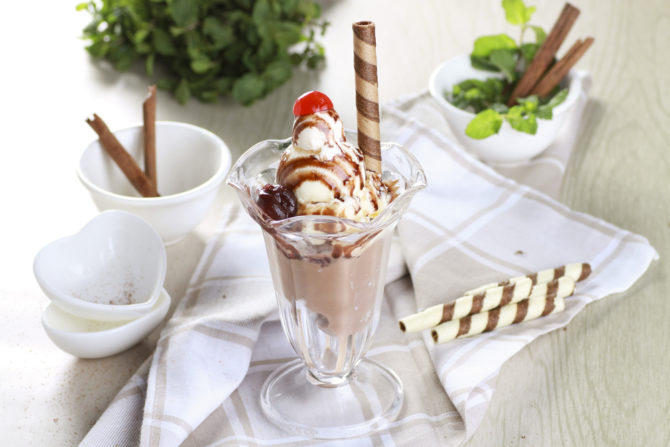 Ron Gage and Henry McKinnon were enjoying a nice, romantic dinner together at Prime Rib in Washington D.C. That is, until dessert rolled around.

“When it came time for dessert, we asked for one sundae with two spoons,” Gage tells The Washington Post.

That’s when he says their waiter, who had been very courteous all evening, suddenly morphed into a monster.

Gage claims that he “said he would bring it in two separate dishes. He said ‘It wouldn’t look right with two gentlemen eating out of the same sundae. It doesn’t go with the ambiance of the restaurant.’ ”

“We were speechless,” Gage recalls. “We weren’t expecting it.”

The men promptly left without asking to speak to the manager.

“I’m kind of embarrassed to say we didn’t say anything,” McKinnon adds. “It just took us back to such a shameful place, in a way.”

“The waiter in question is Bulgarian, and he does speak four different languages,” MacLeod explains. Since English is not the waiter’s first language, “I am not sure if he got confused as to what he was saying, or how he was saying it.”

He continues, “I cannot believe that a waiter would have ever said anything like that. There’s no way we would condone anything remotely like this.”

MacLeod says he plans on reaching out to the couple; however, Gage and McKinnon don’t think they’ll ever go back. And we can’t say we blame them.

“It was so humiliating,” McKinnon says. “It was unbelievable how it made us feel.”