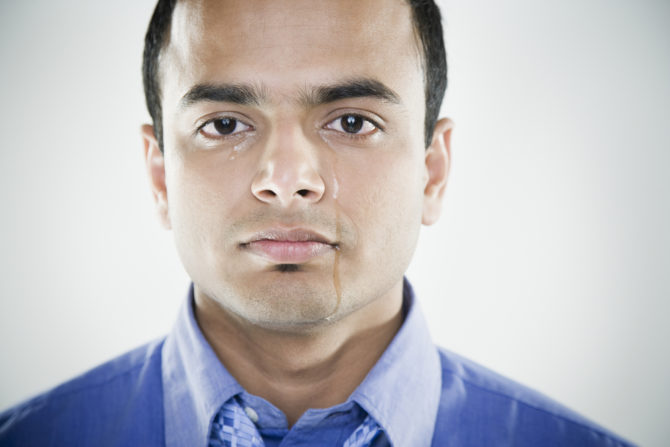 Is the acceptance and promotion of LGTBQ culture harming straight men? According to right-wing blogger Ben Bera, the answer is a resounding YES!

“I’m here to talk about how gay rights and the acceptance of gay culture in the mainstream is harming men on a personal level,” Bera writes in a bizarre new op-ed that would almost be comical if he weren’t being serious.

Bera says thanks to the “misguided fury” of the 1960s, gay people have become “intimately entwined with the mainstream,” and that’s harmful to straight men.

It’s no secret that gay men are obsessed with their looks, Bera says. Over time, this obsession has rubbed off onto straight men, or as he likes to call them “ordinary men.”

“To adopt the daily rituals of moisturizing, waxing, applying fake tan, etc., is crossing the thin line between healthily enhancing one’s self-confidence and being consumed by vanity.”

Then there’s the growing emphasis on fashion.

“The fashion industry is overly populated with women and gay men, this dangerous mix churns out ever more effeminate looking styles and grooming products for men,” Bera warns.

“Gay culture has helped to all but destroyed men’s understanding of platonic love,” he writes, “and it’s clear to me why we see so many men today suffering from various forms of depression and anxiety.”

“A man having a bit of fun with a cute girl is healthy and natural,” he writes. “Men need to play the field to a degree, but today, men, from their teens onward, are becoming promiscuous to an unhealthy degree.”

Bera adds: “This obsession with constant sexual gratification, exploring ever more degenerate ways to get that gratification, is leading men down a seedy and perverse path. This has all come about through the promotion of the homosexual lifestyle.”

He concludes by writing there are “a few” gay men who he “greatly respects,” but, in general, he believes homosexuality is causing several “societal damage.”

“The embracing of gay culture across the Western world has harmed, more than any other group, heterosexual men.”