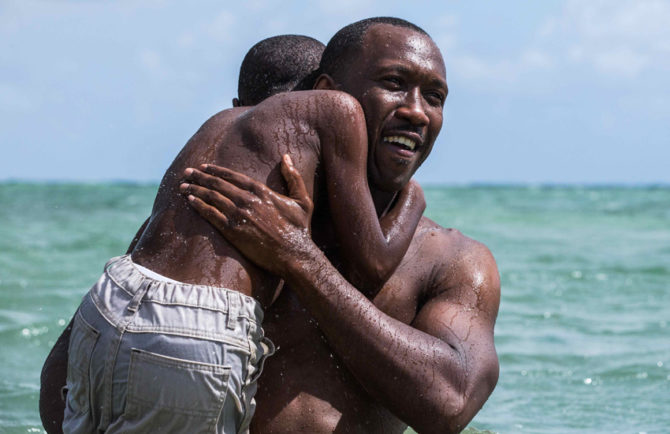 It’s been incredible to watch Moonlight, director Barry Jenkins’ depiction of Black gay love and coming of age, make its way from art house darling to mainstream drama, racking up countless accolades and a recent Golden Globe win for Best Drama along the way.

And as far as conventional cinematic success goes, the last stop on the train is Oscarville. All year films are hyped as “Oscar contenders,” and more often than not it’s just a lot of hot air. Moonlight is the exception.

Related: 5 Reasons Moonlight Might Just Be The Best Movie Of The Year

The film earned an impressive eight nominations, including one for Best Picture and two for Jenkins, for Best Director and Best Adapted Screenplay.

Related: Beyond Moonlight: 5 Black LGBTQ films that blazed the trail

Nicholas Brittell is up for Best Score, and the film also received noms in the Best Editing and Best Cinematography categories.

Or in the words of Barry Jenkins:

Just turned my phone on here in Amsterdam. It's ummmmmm… yeah. Oh my. So much love, overwhelmed. Literally and figuratively

Now do yourself a favor and see this wonderful film.