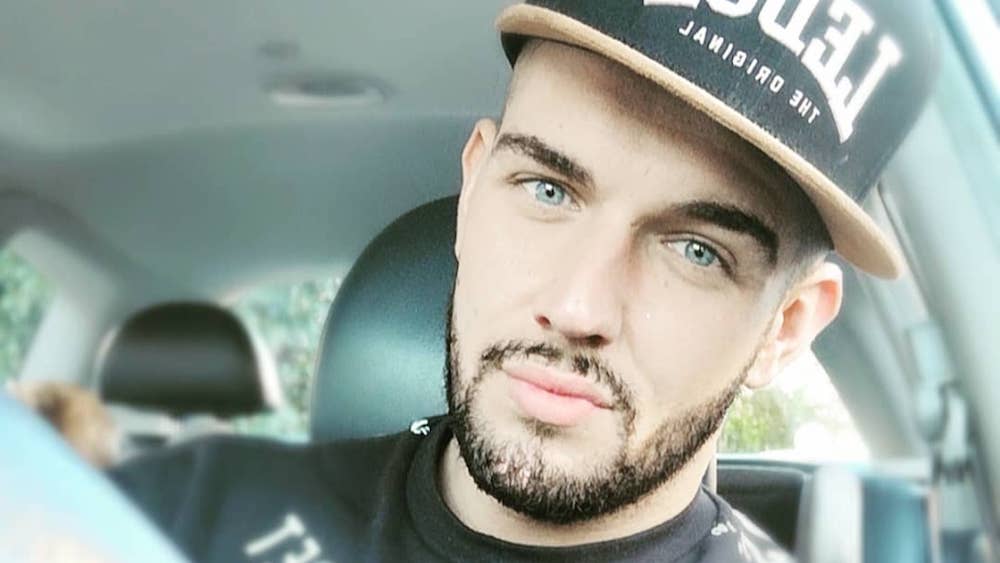 Remember Dominic Hilton, the 27-year-old former gay escort who said he turned straight after a period of celibacy? According to one website, he recently sought to attend a very gay party in a studded jockstrap and harness, despite being totally heterosexual.

According to the reputable journalistic institution Cocktails and Cocktalk (C&C), “[Hilton] sent a photo of himself in a harness to the Sugarboy Facebook page in December of 2018, asking if it was OK to wear to their party that Friday.”

In the photo he allegedly posted, Hilton is also wearing necklace chains and furry handcuffs.

Sugarboy, according to C&C, is a gay party based in Manchester, England. The event bills itself as “a new gay party for lads, sexy gogo boys, amazing DJs, contests, competitions, beautiful men.”

Here’s a recent video promo for Sugarboy below. It begins with an Asian woman asking for a c*ck and ends with twinks gyrating in briefs — seems pretty straight to us.

If you’ll recall, Hilton said that after breaking up with his last boyfriend in December 2017, he decided to go celibate. He didn’t have sex at all in 2018 and now identifies as a heterosexual. (No, he’s not bisexual, he says, because he says his attraction to men has entirely vanished.)

Hilton said he’s trying to find an “open-minded girl” to lose his virginity to, but if that’s the case, he might wanna try a different party than Sugarboy.

It’s entirely possible that Hilton has continued going to super gay parties because as a newfound heterosexual, he still feels more comfortable partying in gay spaces (and old habits are hard to break, especially when they involve twinks and dubstep).

Whether Hilton actually attended the party or not, this situation shows how complex and fluid sexual identities actually are. If a guy identifies as straight, but hasn’t slept with women and still dresses like a gogo boy and attends gay dance parties, is he really straight? Of course he is. Just like you can be gay or bi without having ever having touched a boy.

What matters most is how Hilton sees himself.