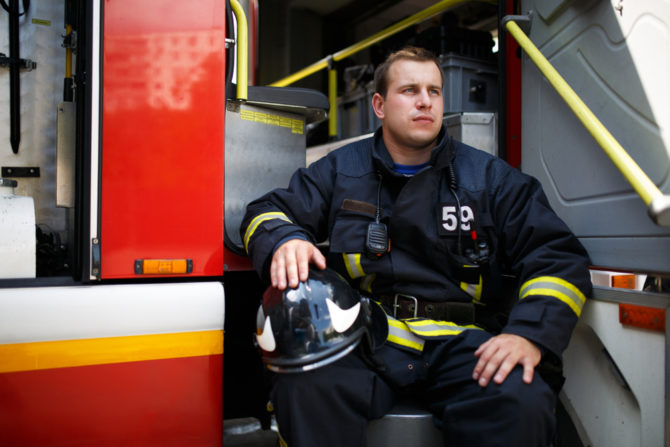 A firefighter claims he was forced off the force by city officials after they learned he was gay.

According to the Virginian-Pilot, the Norfolk firefighter, Scott Phillips-Gartner, 55, ran into trouble after marrying his longtime boyfriend.

Phillips-Gartner worked for Fire-Rescue for many years, starting as a 911 operator and eventually becoming an assistant fire marshal and bomb squad technician.

But after his wedding, he says the department suddenly stripped away his rank and law-enforcement powers, reassigning him to a low-level desk job with “little to no job duties.”

His attorney, Barry Montgomery, says Phillips-Gartner wound up retiring amid threats of being fired. “This was not the way he wanted to leave,” Montgomery says. “It was humiliating.”

With Montgomery’s help, he’s suing the city of Norfolk for creating a hostile work environment. The suit notes that Battalion Chief Roger Burris mocked Phillips-Gartner throughout 2015, treating him poorly and asking “Where is Ms. Gartner?” in staff meetings.

Related: Antigay fire chief celebrates $1.2 million settlement from the city that fired him

It also claims Phillips-Gartner was well regarded by superiors and colleagues until he informed the city’s HR department that he’d gotten married.

In 2016, Norfolk implemented a non-discrimination policy protecting city employees from being unfairly treated on the basis of sexual orientation.

City officials from Norfolk have declined to comment to the Virginian-Pilot on the story or the lawsuit.