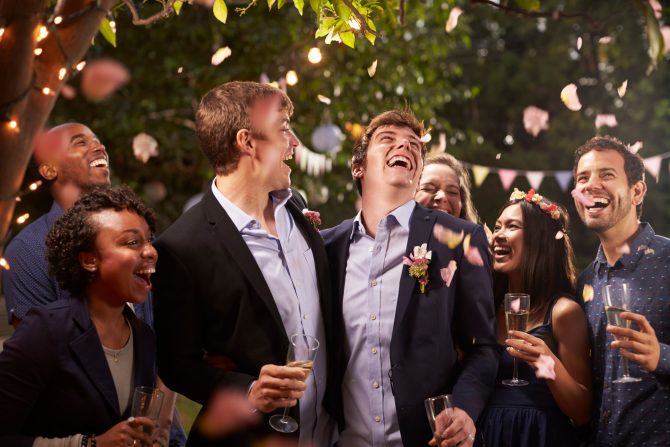 If you’re making your wedding proposal a public spectacle, you gotta be pretty confident what the answer is gonna be! Luckily, all the proposals below have happy endings.

We’re spotlighting some of our favorite gay flash mob wedding proposals from recent years — you know, back when large gatherings weren’t verboten. Watch the clips, and get ready to weep alongside the fiancés and fiancées!

Related: Boyfriend bursts into tears as partner asks him to marry in viral video

Spencer brought new meaning to the term lumbersexual with his Home Depot flash mob, which has racked up nearly 14 million YouTube views.

Dennis looks wowed by the dancing in this clip, but it isn’t until his friends and family parade in to the tune of “This Is Me” that the tears start flowing.

We’re just Gaga for this flash mob, another one heavy on the waterworks!

These two Broadway actors got engaged after a flash mob danced to a truly “ridiculous” song from Disney’s Descendants.

Pawel and Antoine’s engagement started in the middle of Times Square… and they were wearing matching plaids, no less!

Kyra wrote in the YouTube caption that she knew on their first date that she would someday pop the question to Dani, and her proposal certainly didn’t disappoint.

Yuval thought this spontaneous dance routine was just a random NYC moment… until his beau joined in on the choreography.

Technically, this flash mob came just after the proposal, but just look and those production values!

This adorable same-sex marriage proposal will melt your heart