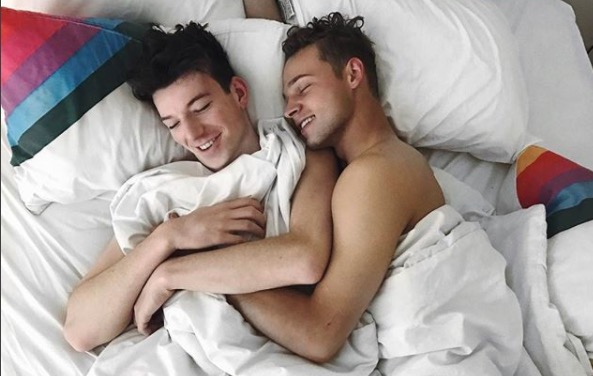 Harrison Wilkerson gravitated to athletics as a young age. He loved gymnastics, and eventually started playing soccer and football.

But while he found acceptance as part of his high school football team, there was something that separated him from the pack.

“Deep down I knew I was gay, and there was nothing I could do about it.

“I wanted so badly to be straight, but I knew there was no more denying who I was,” he wrote in a 2015 first-person piece for OutSports.

He decided to come out, and while friends and family supported him, the football team was another story.

“I was ran off the road as homophobic slurs were shouted from the passing cars’ window,” he shared. 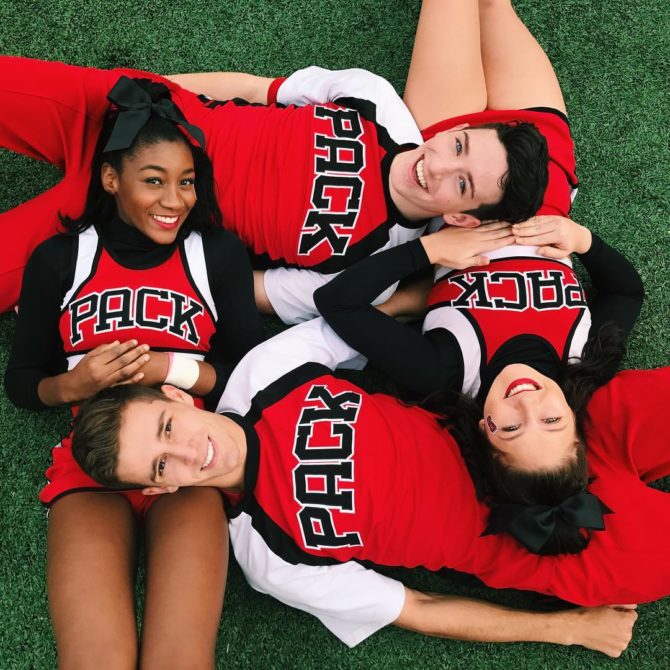 But as is often the case, college has been an opportunity for Wilderson to embrace his passion, which led him back to gymnastics when he decided to try out for the cheerleading team.

“While there is still much progress to be made in this region of the country, thankfully I haven’t encountered any of the hate that once had caused me so much inner turmoil,” he writes in an updated OutSports post.

“Not once have I been made to feel uncomfortable because of my sexuality,” he says.

“I like how much trust cheerleading requires of each team member,” Wilkerson adds to GSN.

“It really creates a closeness with each team member unlike any other sport I have played before.”

“Learning to be me – totally, openly, for the world to see – has been one of the most freeing revelations of my life, and I am thankful for every day I’m able to just be me.”