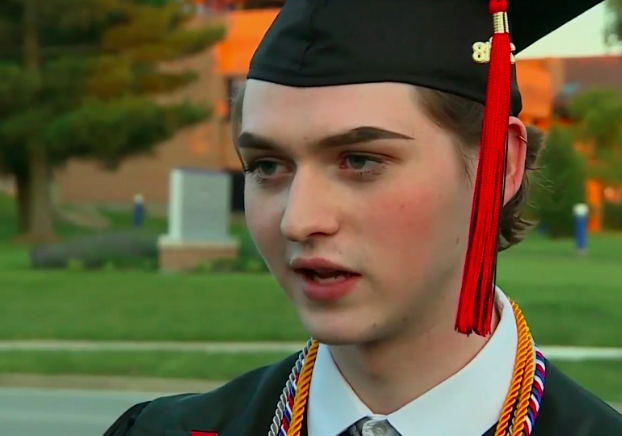 An openly gay graduate from Covington Catholic High School is speaking out against his alma mater after disturbing video of their students engaged in a confrontation with a Native American elder went viral last week.

You’ve no doubt seen the video by now, but in case you haven’t, it shows a large group of angry white male students wearing red “Make America Great Again” hats circling around a solitary Omaha tribe elder as he beats a drum. 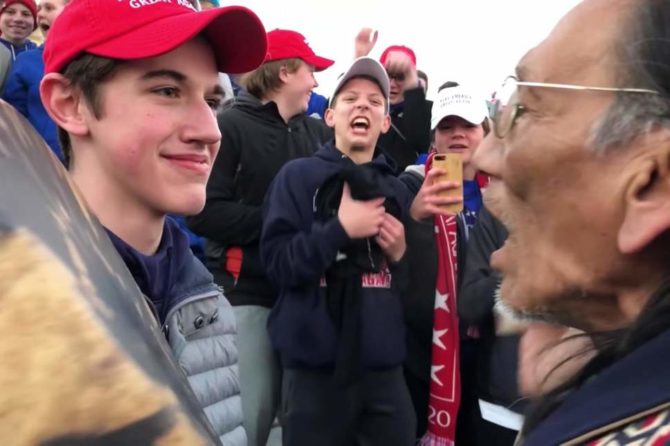 Covington Catholic High School graduate Christian Bales says he’s “not surprised” by the video or by the school’s unapologetic response.

“I was not surprised at all,” the 19-year-old tells NBC News. “It was only a matter of time that something this school community did would blow up to this degree, and I think they need to be held accountable.”

Last year, Bales was banned from speaking at his graduation by the Diocese of Covington, despite being his class valedictorian. At the time, school officials said Bales speech was “inconsistent with the teaching of the Catholic Church.”

Bales, who is now a freshman at the University of Louisville, says the institution is “notorious for being a not-well-disciplined school,” and described the Diocese as “archaic.”

And, as it turns out, is has quite a history of racist and deplorable behavior. 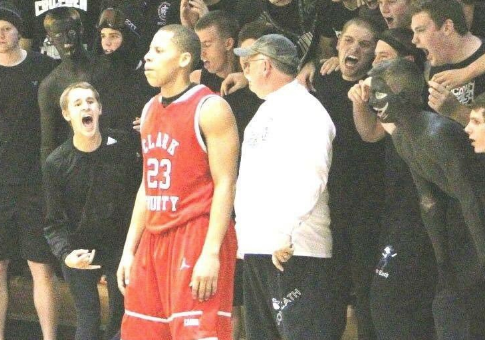 But as current and former students continue to reject the accusations [of racism], people have come forward with more stories of Covington students’ intolerance or violence. One man said on Twitter that he was harassed by Covington students for being gay, documentarian Arlen Parsa said that members of the community said there “is an ingrained sexism problem” at the school and quoted black students who said they got bullied there, and many on Twitter pointed to a recent news report detailing rape charges against former Covington Catholic basketball player Jacob Walter, 18, after a student was caught on video shouting, “It’s not rape if you enjoy it.”

It should also be noted that the school is located in a 90% white county in Kentucky, and the vast majority of its students, teachers, and staff are white.