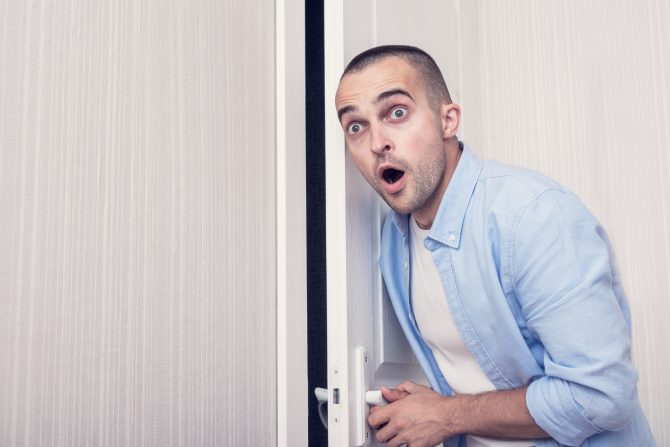 Revenge is a dish best served X-rated? A gay dude says he’s delighted that his virulently homophobic older brother walked in on him in flagrante delicto with another guy.

In a recent Reddit post, the 21-year-old writes that he came out to his family and friends two years ago, but his 28-year-old brother is still “deeply homophobic.”

“To this day he still thinks I’m confused and attempts to take jabs at gay people often,” he adds. “One time he gave me a 15-minute talk compiling all of the worst homophobic stuff that’s been thrown at gay people.”

One day, when he thought he had the house to himself, this Redditor invited over a Grindr contact. One thing led to another, which led to him, well, performing anilingus, not to put too fine a point on it.

“I was really in there like I was hungry for days,” he writes. “Seemed like he was really enjoying it, too. Then, of course, I hear the sound of my door opening. It was my brother. … He slammed that door so fast like he saw a literal demon.”

He goes on: “I was laughing my ass off, because I think he deserved it. He seems to be extremely shocked and is barely making eye contact with me right now. And for anyone who’s gonna bring it up, ‘Wouldn’t this make him even more homophobic?’ Probably. Do I care? No.”

Related: “Straight” dude walks in on gay roomie and realizes he, too, is homosexual

After the fact, his mom gave him a talking-to about how he “had to take what [the brother] saw into ‘consideration’,” but his father had a far different reaction. “Funnily enough, my dad called me afterward and spoke to me about it, too, and he was laughing at the situation. … He told me to just be cool about the whole thing and don’t worry about my brother bugging out.”