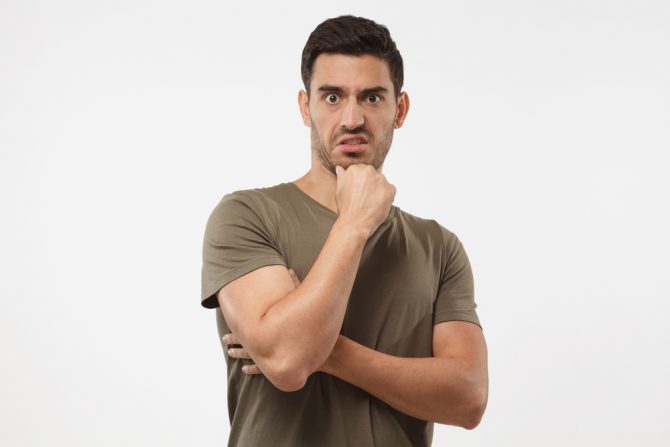 It’s generally a good move to be yourself on a first date — unless, of course, your baseline is being rude, inattentive, self-absorbed, emotionally unavailable, and/or hung up on an ex. Then you might wanna spend some self-reflection time, according to the gays who chimed in when a user asked, “What makes you guys say, ‘Oh, f*ck no,’ on first dates?”

Related: “Gay dating in your 20s is miserable.” Thoughts?

Here are some of those dealbreakers, edited for readability:

“Making fun of other people in a mean, not funny way. Instant boner killer.”

“I went on a date once with a guy who was wearing a T-shirt with holes in it and very unappealing sweats. Boner killer for sure.”

“No emotional intelligence or availability is probably the biggest of all red flags.”

“Being rude to waiters.”

“Emotionally stunted. I dated a guy [whose] main emotion was anger.”

“If they show up wearing a Fortnite shirt.”

“Them talking about themselves for hours without having asked you one thing.”

“When he spends more than five minutes talking about his ex.”

“[He] met me for a dinner date wearing pajama bottoms and a t-shirt.”

“He told me to play Playstation for a couple hours while he finished playing DnD online with his friends.”