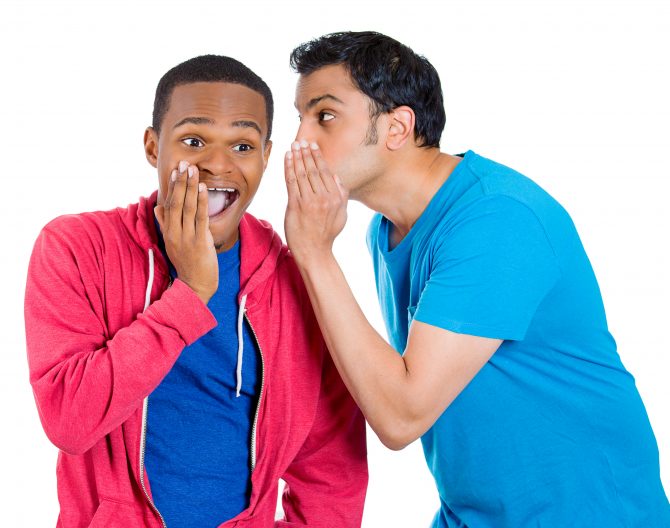 In case you didn’t know, the question “Do you listen to Girl in Red?” is code for “Are you a girl who likes and would date other girls?” according to Urban Dictionary, probably because Girl in Red is the stage name of openly lesbian Norwegian indie singer Marie Ulven Ringheim.)

This was news to us, but one Redditor familiar with the Girl in Red code phrase is wondering if there’s a gay male equivalent.

Commenters on his post were quick to propose alternatives — and to offer queer history lessons. Here are some of their responses.

“Once upon a time, there used to be ‘friend of Dorothy’ to the point where the U.S. government wanted to know who the hell Dorothy was. I’d love to know what the current version of it is, though.”

Related: Here’s how Judy Garland felt about her gay fans and what might have happened if she hadn’t died in 1969

“I’ve had a guy ask me ‘Do you order the Meat Lover’s Pizza?’ as code and I took him literally. Funny enough, I do order my pizza with a bunch of meat toppings.”

“There used to be an earring on the left ear only (or right ear? I wasn’t even born) but I don’t think it’s still a thing” [“It was the right ear. this only stopped probably post-2010, maybe?” one user responded.]

“Easy ones would be ‘Do you know Sean Cody?’ or ‘Do you like Andrew Christian?’”

Related: This is the secret language gay men used when homosexuality was a crime

“You could ask if he listens to Troye Sivan.”

“Do you listen to Charli XCX?”

“Kim Petras. Only the gays know who she is, LMAO.”