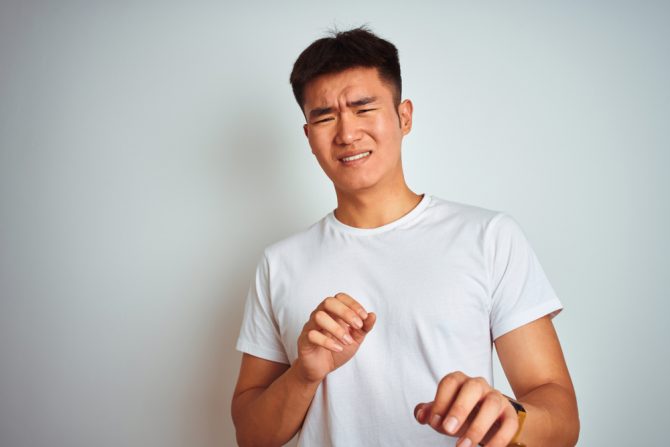 A guy recently asked “What killed your crush?” in the r/askgaybros subreddit, and the comments on the post — while occasionally superficial and biased — are good indicators of what would make a gay man swipe right. Here are some of the responses, ranging from superficial to super relatable, edited only for grammar…

“He went outside to smoke.”

“Him saying ‘No homo’ in a situation that had NOTHING to do with being gay. I’m convinced the guys who say it are closeted.”

“I realized he is not shy, just empty.”

“Being too involved in religion. Totally fine if you believe, but please keep it to yourself.”

“I recognized that he’s straight. He’s still going to be in my mental spank bank, but I will not waste my thoughts thinking something else could happen.”

“Just overall boring conversation/him having no motivation or goals.”

“First high school crush, he got a girlfriend. Second one, I overheard him say, ‘He looks so dorky’ about me. Third one, high school ended.”

“Well… He told every classmate I was gay.”

“Turned out to be too bland.”

Related: Redditors sound off on the gay lingo they hate the most

“Sounds shallow but he aged badly in just a couple of years. He was a bi guy who decided to marry a chick and had a kid with her. I held out hope for two years, then I saw him. He put on about 60 pounds, lost some teeth, and was balding (not the good kind of bald). On top of that, I felt such negative energy coming from him. Gone was the hot, vibrant, muscular stud who made my blood rush to my groin. Now when I look back on my crush on him, I roll my eyes.”

What are some of the things that have killed your crushes? Share in the comments section below…