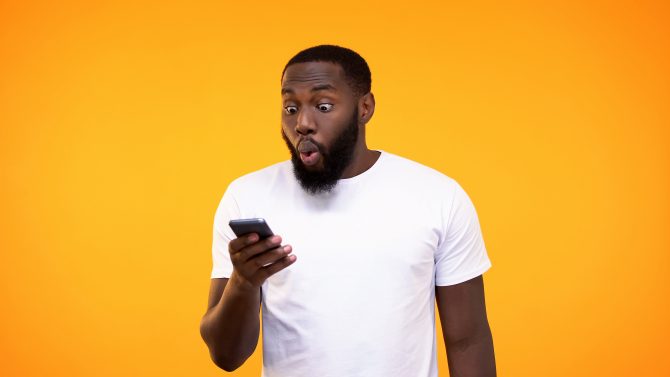 Our cell phones are a reflection or even an extension of our selves, so you could really get to know a guy if you had his passcode!

One Redditor recently asked his fellow gay brethren what a person would find with unlimited access to their phones, and as you might expect, the commenters’ responses included a lot of memes and a lot of nudes.

Related: Should you delete your ex’s nudes once you’ve entered a new relationship?

Here some of the responses, edited for readability…

“Some horribly debauched images, some of which involve me.”

“Not much fun. A bunch of audiobooks.”

“Some p*rn, thousands of pics of my dog, investment/banking/news apps.”

Related: Daniel Newman shares his personal cellphone number, promises he’ll respond to all of your sexts

“A crap-ton of apps I don’t use more than, like, once a year. Photos mixed with memes. 20k unread emails. Lots of banal text messages. And a few filthy messages with my husband and some hidden photos for his eyes.”

“P*rn — that’s a no brainer. Pictures of me my friends and family. Lame attempt TikTok vids. (Don’t judge me). Bunch of useless apps. And some notes about how to keep myself motivated to lose weight.”

“A small folder of saved nude/d*ck pics from guys, my P*rnHub account, and way too many Candy Crush clone games.”