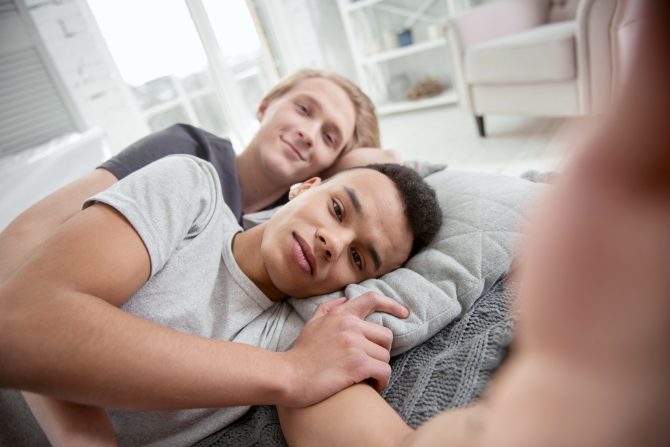 Amid the coronavirus outbreak and GLAAD’s warning that LGBTQ+ communities are “particularly vulnerable to the negative health effects of this virus,” gay culture is hitting the pause button. DragCon has been called off, Los Angeles Pride has been postponed, and at least one gay sauna is refusing anyone too “hot,” temperature-wise. But what about hookups?

Not so surprisingly, many commenters said they were holding off on getting off.

“Totally cutting back,” one replied. “I’ll wait and see how this unfolds. No need to do anything stupid. Sex is just not that important to me. Keeping me, my friends and family safe is important to me. Especially my older family members whom I interact with regularly.”

Another echoed those sentiments. “Cutting back here. I’m not concerned for myself, but I have a close relative with cystic fibrosis, and I’d rather not have to isolate myself from him just because I fancied a few rando f*cks.”

Added a third: “I’ve decided not to hook up indefinitely until I know it’s safe. My health is more important than a two-minute hookup.”

A different user, meanwhile, is exhibiting symptoms, so he’s been self-quarantining and self-disclosing. “I’ve started having common symptoms reported for COVID,” he wrote. “I work closely with the public. It’s not at all unfathomable that I might have caught it. I am telling my app matches this, and asking to revisit the situation once I know one way or the other. I can’t and won’t be another infectious vector for this situation.”

Another guy thinks guys can be cybering during social distancing. “Part of me thinks it’d be best to go back to pics or sexting or Skype, but not many guys wanna do that, at least in my area,” he wrote.

Another user replied to tell that chap that “healthy” can be hard to gauge in the age of COVID-19. “You don’t have any symptoms for up to a month while you’re contagious,” he wrote. (A study led by Johns Hopkins researchers suggested that the median incubation period is actually 5.1 days, but his point still stands.)