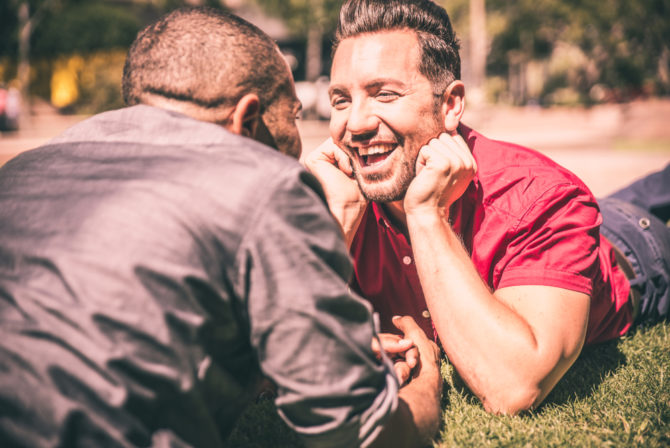 It’s not easy being feminine in a #Masc4Masc world, and some guys on the femme end of the gender-presentation spectrum admit they butch it up just to make themselves attractive.

Take the responses to one Redditor’s recent question on the r/askgaybros subreddit: “Are you guilty of purposefully toning down your effeminacy because you fear guys won’t be into you for it?”

Related: Why writing “no fems” is actually killing your dating game

The original poster deleted the body of his post, but fellow Reddit users nevertheless left comments covering a wide gamut of stances.

“Yeah, it’s just easier,” one commenter rues. “I don’t mind, though, if it’s just for a hookup since that doesn’t affect my day to day life. I’m more worried when I want to be in a longer-term relationship how I’ll find someone when so many guys are femmephobic.”

Another guy, though, has no time for the femmephobia. “If someone isn’t attracted to me the way I am, then it’s best for both of us to just move on,” he writes.

And one commenter says, “Actually, quite the opposite,” implying he gets more action because of his effeminacy.

One commenter says he would like to take care of a guy “in a feminine way,” and another admits he enjoys wearing lace and stockings in bed. “Some guys aren’t into it, but I don’t feel guilty,” the latter writes.

Meanwhile, one of the blunter commenters suggested that guys with #Masc4Masc-esque biases should take a hard look in the mirror, writing, “If you can’t find any attractive qualities in ANY non-masc men, there’s probably underlying reasons why you’re single.”