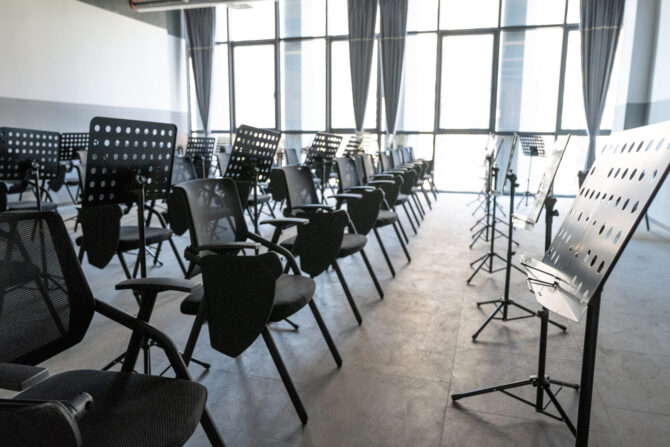 Between budget shortages, Don’t Say Gay bills, and the constant spectre of school shootings, you would think that teachers are subjected to enough. Apparently, Valley Lutheran High School in Cedar Falls, Iowa is perfectly happy adding insult to that long list of injury.

Gay music teacher Matthew Gerhold was forced to resign after having his phone hacked and personal information about his sexuality posted to Facebook. According to a report from Iowa Capital Dispatch, school officials knew he was gay when they hired him, but made him keep his sexuality a secret as terms of his employment.

When information and photos displaying Gerhold’s sexuality were leaked completely out of his control by a third party, the school’s head pastor reportedly told Gerhold that he was going to be fired after an upcoming meeting with the school board and that “it would be better for all concerned if he would just quit.” Gerhold resigned soon after.

Related: A teacher was fired for helping a bullied, queer teen. Now his student are raising hell.

To add even more insult, when Gerhold was granted unemployment benefits because of this situation, the school appealed to have said benefits un-granted. Thankfully, the honorable Judge Blair Bennett shut all of that down, allowing Gerhold to keep his unemployment.

Though that doesn’t fix the injustice of his being forced to resign, it’s at least a victory.

Firing a teacher for such an inconsequential reason as their sexuality is an especially embarrassing move coming from a state that is hemorrhaging educators; some 500 teachers in nearby Des Moines are reportedly resigning this Summer alone.

Despite it all, Gerhold seems to be handling his situation gracefully.

“My sexual identity has absolutely nothing to do with my career in music and my love for music,” Gerhold stated. “If the church as a whole doesn’t want to use me for whatever they are striving to achieve, then I shall go somewhere else that would love to have me to live out my vocation for others.”