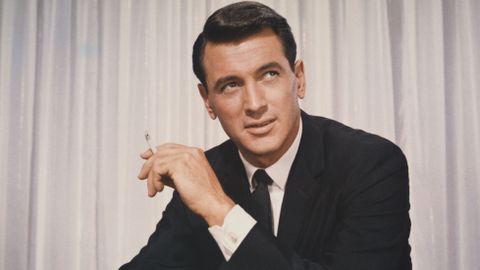 Director Greg Berlanti, fresh from the success of Love, Simon and his record-breaking cavalcade of 15 scripted shows on the air, will take on director and producer duties.

Acclaimed writer Richard LaGravanese will pen the script, based on Mark Griffin’s biography of Hudson, All That Heaven Allows.

Rock Hudson became one of Hollywood’s biggest stars and sex symbols for his square jaw and rugged looks. He also showed versatility as an actor, scoring an Oscar nomination for a dramatic role in Giant, while nabbing box office hits in romantic comedies like Pillow Talk.

Through it all, he kept his romantic life a guarded secret, fearing that coming out as gay would destroy his career. Hudson only opened up about his sexuality in the early 80s, when the actor received an HIV+ diagnosis. He died of AIDS in 1985.

Hudson’s status as a closeted heartthrob, and as one of the first celebrities to die of AIDS earned him a special status within the queer community. His death served as a call to action for Hollywood concerning LGBTQ rights and, in particular, AIDS activism.

His death inspired close friend Elizabeth Taylor to become one of the world’s leading advocates for AIDS research for the remainder of her life.

By contrast, longtime friend Ronald Reagan–the sitting president at the time of Hudson’s death–all but abandoned him after his HIV-positive diagnosis became public, and released only a brief statement after Hudson’s death which didn’t even mention AIDS. Privately, the President and First Lady also refused to help Hudson receive any treatment for the disease.

No word yet on when the biopic might be released, but we’ll be sure to keep you posted with all the major steps along the way!

Related: My Sad And Trivial Night With Rock Hudson