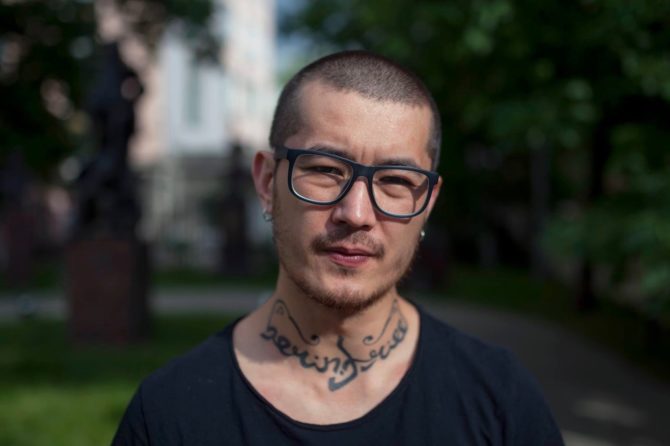 He was instrumental in pulling back the curtain so the world would learn of the horrors gay men still face in Chechnya, and now this out journalist is facing deportation.

Ali Feruz, 30, is from Uzbekistan and writes for Novaya Gazeta, regularly covering LGBTQ rights issues. He helped shine a light on the atrocities of the so-called “gay purge” in Chechnya.

In his home country, Feruz was attacked by authorities. He fled to Kyrgyzstan and Kazakhstan; six years ago he migrated to Russia — not exactly a paradise for LGBTQ folk, but that’s how bad it was for him back home.

Now a number of Novaya Gazeta journalists are being targeted, and Russian officials have ordered Feruz to be deported back to Uzbekistan.

There, Feruz could be subjected to torture and may face lengthly imprisonment. Gay sex is illegal in Uzbekistan and convictions can come with a prison sentence of up to three years.

Prior to fleeing his home country, Feruz was married to a woman from Kyrgyzstan. In 2008, he was kidnapped by security services and forced to give information about the political views of his friends.

When he refused to do additional work for them, he was beaten. They also threatened to rape his wife and imprison him on false information.

He came out as gay and separated form his wife in 2013.

Russia has refused to grant Feruz asylum for the last six years, and this year detained him for 12 hours on no charges.

Dmitry Muratov, the editor in chief of Noveta Gazeta, is believed to have contacted Vladimir Putin on Feruz’s behalf in hopes of securing his asylum.