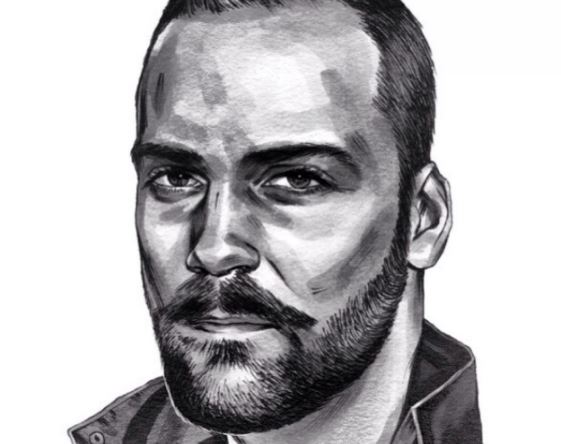 A gay journalist who found himself on the receiving end of a backlash over what many saw as a puff piece on Milo Yiannopoulos has ‘come out’ as a conservative in response.

Chadwick Moore says he knew he was stepping into controversial territory when he agreed to write a profile for Out on Yiannopoulos, the Breitbart editor who is often called a provocateur, which is putting it mildly.

Related: Colby Keller tries to explain, again, why he voted for Donald Trump

Yiannopoulos’ role in the harassment of Leslie Jones got him booted from Twitter, and his targeting of transgender students and undocumented students has caused concern for student safety and incited protests and now riots at the colleges where Republican groups on campus invite him to speak, most recently at UC Berkeley.

Many felt the profile was too friendly to Yiannopoulos, resulting in a letter condemning the piece signed by a number of LGBTQ media representatives.

Moore says that the reaction he received over his piece, and what he sees as an attack on free speech from the left, has caused him to no longer identify with liberals. He has come out in an article for the New York Post, titled “I’m a gay New Yorker – and I’m coming out conservative.”

“After the story posted online in the early hours of October 21, I woke up to more than 100 Twitter notifications on my iPhone. Trolls were calling me a Nazi, death threats rolled in and a joke photo that I posed for in a burka served as ‘proof’ that I am an Islamophobe,” he writes. “I’m not.”

Death threats and trolls are unacceptable from all sides, but they can also sadly be claimed by both sides. If you’re looking for a group entirely free of despicable elements, you will have to remain unaffiliated for life.

“All I had done was write a balanced story on an outspoken Trump supporter for a liberal, gay magazine, and now I was being attacked. I felt alienated and frightened,” he writes.

“I realized that, for the first time in my adult life, I was outside of the liberal bubble and looking in,” he continues. “What I saw was ugly, lock step, incurious and mean-spirited.”

Aside from trolls, he was receiving a cold shoulder from his friends and mentors.

This interpersonal drama, combined with anonymous hate, promoted him to take a hard political right turn.

As a white, cisgender male, it should be noted that Trump’s attacks on refugees and immigrants won’t touch him. The administration’s rollback of transgender protections undertaken by Attorney General Jeff Sessions won’t hurt him either.

Moore says he is against both the travel ban and many of Trump’s Cabinet picks.

He makes no mention of the Republican plan to pass “religious freedom” laws, such as the First Amendment Defense Act, that would allow for discrimination against the entire LGBTQ community. Trump has said he would sign FADA should it pass.

He remembers returning to the bar after getting snubbed there by his friends, and he hit it off with a stranger.

“As so many conversations do these days, ours turned to politics. I told him that I’m against Trump’s wall but in favor of strengthening our borders. He called me a Nazi and walked away. I felt awful — but not so awful that I would keep opinions to myself,” he recalls.

Not everyone has reacted poorly.

“I’ve already told my family, and it’s brought me closer to my father,” he writes. “He’s a Republican and a farmer in Iowa, and for years we just didn’t have very much to talk about. But after Trump’s inauguration, we chatted for two hours, bonding over the ridiculousness of lefties. But we also got serious: He told me that he is proud of my writing, and I opened up about my personal life in a way I never had before to him.”

“I’ve made some new friends and also lost some who refuse to speak to me,” he continues. “I’ve come around on Republican pundit Ann Coulter, who I now think is smart and funny and not a totally hateful, self-righteous bigot. A year ago, this would have been unfathomable to me.”

And in case you were wondering, it seems Moore’s date went well.

Thanks! He was lovely. I'm still sore. https://t.co/KyYpIlJ9q0