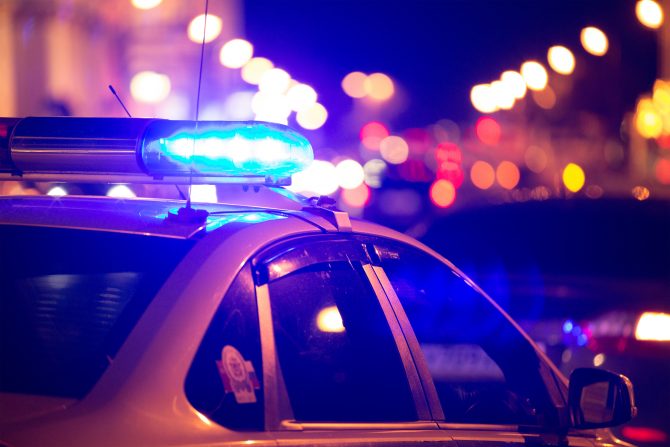 A police officer in Bartow, Florida has “resigned” after he admitted to calling a gay man who’d called for assistance a “fuc*ing fa**ot.”

Interim Chief Bryan Dorman stated he would have fired Officer Timothy Daughtry had he not stepped down from his position, reports The Ledger.

Daughtry was responding to a call from Tyron Smith, the program manager of the George Harris Youth Shelter. A 12-year-old boy with a “history of unruly behavior” had pulled the fire alarm at the shelter when there was no fire, a first-degree misdemeanor, and administrators wanted him to face consequences.

Related: Gay candidate has epic clap back for police union that called him a “first class wh*re”

Smith asked Daughtry to arrest the boy, and the two got into an argument over whether that was an excessive move. Smith, who is Black, made a comment that if the boy was Black, he would have already been handcuffed, according to a report.

“That made me upset,” Daughtry said during the followup interview. “I said, well that’s f—–g bullshit, you know. I said shut the f–k up. At that point, Sarge told me to be quiet and to walk away — to get in the car. And as I was walking away, I said, ‘F—–g f—–t’ and then I got in my vehicle.”

Daughty defended his use of the slur as “just a term that I’ve used growing up, throughout life. It’s no different than if I was to say ‘Well that’s gay.’ It’s not, it’s just a term for disdainment, for a particular situation.”

However, Smith is gay and said in an interview that he presents as obviously gay.

Dorman determined that “regardless of you recognizing the complainant as gay, you used profane language and a pejorative term directly toward someone who was asking police for assistance.”

“To engage in an argument with a member of the community and to use an LGBTQ slur during that argument is unacceptable by anyone, especially a member of the law enforcement community,” Dorman said. “I will not tolerate that type of behavior from any member of this organization.”