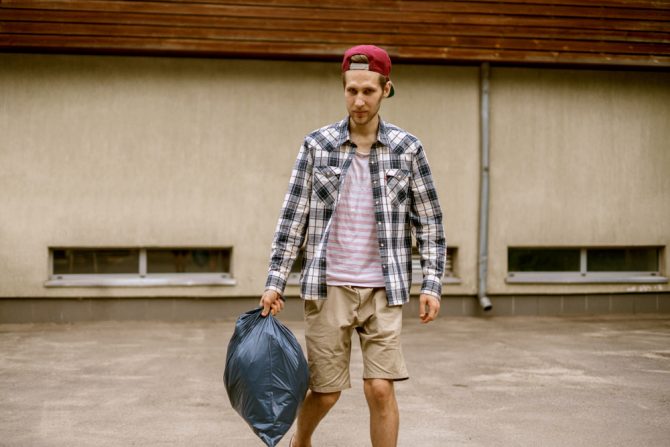 An Atlanta man says all the guys he dates are “garbage” and he hates them, so he’s seeking advice from Mike Fleming at Project Q.

“I am a gay man, but I hate men,” the letter begins. “The only thing they end up being good for is sex, yet I still want just one to buck the stereotype and change my life.”

The man goes on to say he has a great network of female friends who he gets along with splendidly. But when it comes to men, he has zero luck.

“My interactions with guys have been universally awful from day one,” he writes. “I never met my father, who by all accounts was a dick, and my stepfather was a creep who regularly degraded women he saw on the street.”

In other words: No great male role models growing up. Got it.

The man continues by saying that he lost his virginity to a guy who was on the DL and only wanted him for sex. And none of his other relationships after that were much better.

“The next guy was a series of cross-country liaisons that went nowhere,” he laments. “Another dude eventually revealed that his real job was basically a pimp. Yet another drunk-dialed me to say he loved me, then broke up with me the next day when I reminded him what he said.”

He concludes by writing: “Now I am older, guys are still idiots, dicks or both, and I still feel alone. I want to be able to love one man and have some faith that he won’t be garbage. Is that even possible?”

“Everyone of every gender identity can be selfish, or train wrecks, or just not a good fit,” he explains. “Your trouble appears to be that you seek out mismatches, even if subconsciously.”

Fleming says the man might be anticipating mismatched love connections so much that he’s turning into his own self-fulfilled prophecy.

“Your letter even exposes a piece of internal dialogue that lumps you in with all the other inherently terrible bad seeds because you happen to be male,” he writes. “Perpetuating this fallacy not only has you ignoring guys who aren’t actually awful people, but it leaves you helpless with the feeling that you don’t deserve better.”

So what’s the solution? For starters, an attitude adjustment might help.

“All men are not worthy of your disdain, just as all women aren’t worthy of worship,” Fleming says. “It may take professional help and internal work to get there. … Defining people solely by their gender is not only harmful but just plain inaccurate.”

What advice would you give this guy? Share your pearls of wisdom in the comments section below.