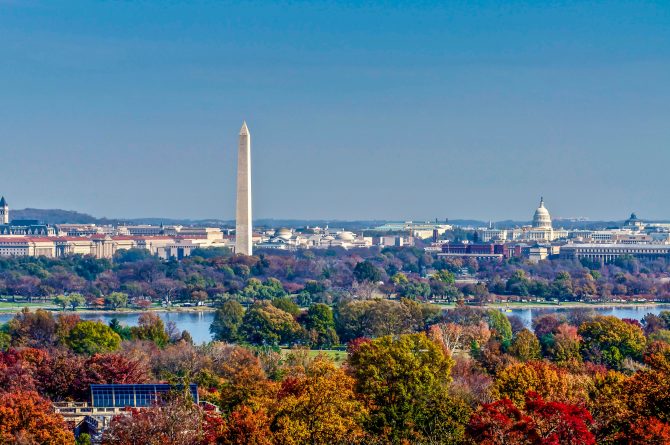 Police in Washington, D.C. have arrested a suspect in connection with the brutal beating of a Chinese-American, gay man and his parents in a frightening hate crime near the National Cathedral.

Patrick Joseph Miller Trebat, 38, now faces one count of Felony Assault, two counts of Simple Assault, and one count of Destruction of Property in connection with the attack.

The attack occurred the night of August 7. Dr. Sean Lai, 30, who completed his doctorate in physics at Georgetown University last year, escorted his parents down the street in DC’s Observatory Circle neighborhood around 10:30 pm. Trebat began following the trio before shouting “f*ggots” and “You are not Americans.” He then began beating Lai’s mother, age 51, and the father, age 64; the names of both parents have been withheld due to privacy concerns.

Lai’s mother told police that Trebat struck her husband in the back of the head, knocking him to the ground. Trebat then pushed Lai’s mother to the ground.  At that point, Sean Lai tried to intervene, and a struggle ensued between he and Trebat. All three victims suffered serious injuries, and later received treatment at a nearby hospital.

Though investigators have not formally charged Patrick Trebat with a hate crime at the time of this writing, they emphasize that they have not ruled out possible hate crime charges in the future. Court documents also show that Trebat targeted the Lai family based on their race; it remains unclear if the attacker knew Lai was actually gay.

The attack on the Lai family comes amid a spike in attacks on Asian Americans in the wake of the COVID-19 pandemic, as well as a rash of hate crimes against gay men worldwide. Earlier this year, an attack on Asian American-run massage parlors in Atlanta claimed the lives of six women. In June, an attacker stabbed a 20-year-old gay man in the back aboard the Staten Island Ferry. That same month, police in Washington DC arrested a man wielding a machete and threatening a group of gay men as they dined outdoors.