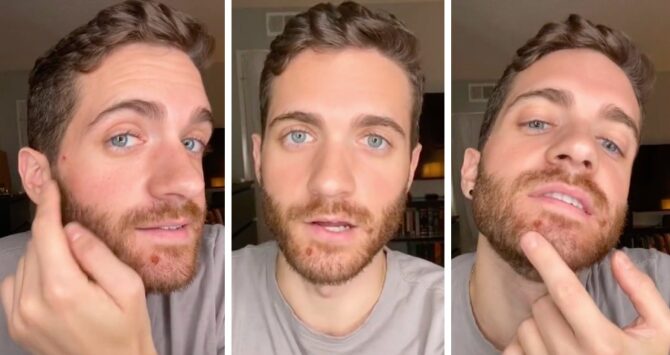 Monkeypox might not be the doomsday pandemic scenario some have feared.

Last week, we reported on Matt Ford documenting his experience with Monkeypox on TikTok. His initial video included information on his exposure, symptoms, and best practices to quarantining:

Ford has now issued a much-anticipated update on his condition:

Barring sudden calamity, it seems he should be all well and healed up soon!

After the COVID-19 pandemic, it’s been easy for some to fall into fearing the worst when hearing a new outbreak is on the rise — and with this illness currently being spread primarily among queer men, the stigma and reaction are amplified even more so in light of the HIV/AIDS epidemic.

But, if leading experts and Ford’s testimony are anything to go by, this scare shouldn’t send anyone running for the hills.

Ford compiled something of a masterdoc for monkeypox patients pulled from research and personal anecdotal evidence:

As we previously reported, monkeypox is usually a mild, self-limiting illness, and most people will recover within weeks (though the deadliest variant of the virus can be fatal for up to one in ten of those infected).

The form of the virus currently circulating is believed to be milder, with a fatality rate of less than 1 percent.

Anyone who feels unwell and notices an unusual rash is advised to seek medical help.

In addition to basic precautions people can take in limiting exposure and monitoring symptoms, there are also a limited number of monkeypox vaccines available in some major cities — notably New York, LA, and DC — with larger supplies on the way.

For more information on Ford’s story, the unofficial monkeypox spokesman recently spoke to Inside Edition: