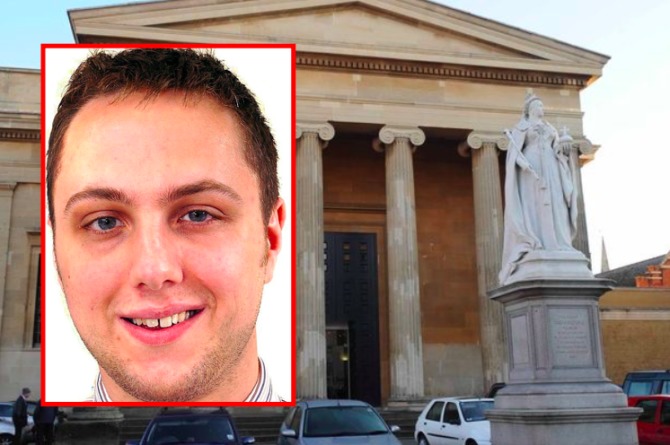 Ali Malik says his life was made a “living hell” after being falsely accused of rape by a former co-worker.

Lucien Harris is a trans man who used to identify as Lottie Harris. Before transitioning, Harris became infatuated with Malik when they worked together at a restaurant in Essex.

When Malik, who is openly gay, turned down Harris’ advances, Harris went awol.

Between September 2016 and July 2017, he made nearly two dozen false allegations against Malik, including accusing him of shoving his penis inside the letterbox of his front door and raping him at knifepoint on two separate occasions.

Related: Man Who Falsely Accused Four Gay Guys Of Raping Him Is Headed Off To Prison

Speaking before a Worcester Crown Court last week, Malik said, “I have been arrested twice and I have been interviewed numerous times by the police. In total, I have spent 24 hours in a police cell–24 hours I will never get back.”

The experience left him feeling “scared and isolated”, even though, he says, “I knew that I had done nothing wrong.”

“I had visions of being sent to prison and no one believing me.”

Yesterday, Harris admitted six counts of perverting the course of justice at Worcester Crown Court on Monday. The judge handed him a two-year suspended prison sentence and ordered to complete 300 hours of community service.

Related: Sadistic Antigay Frat Attack Turns Out To Be A Hoax

Harris was also ordered to pay Malik £2,500 ($3,500.00 U.S.) compensation and issued a restraining order preventing him from contacting his victim.

“It’s perfectly obvious that Mr. Malik has done nothing that can explain why you have gone on this campaign against him.”

Afterward, Malik told reporters he doesn’t think Harris will ever pay him the money. He also feels the sentence was “far too lenient” and that the judge was “too soft.”

“I tried to fight for justice but feel I’ve got nothing out of it,” he said. “It feels like nothing can be done no matter how I try or who I go to.”

Related: Victim Of “Hate Crime” Is Apparent Hoaxster, Injured Self By Falling Face-First Onto Pavement