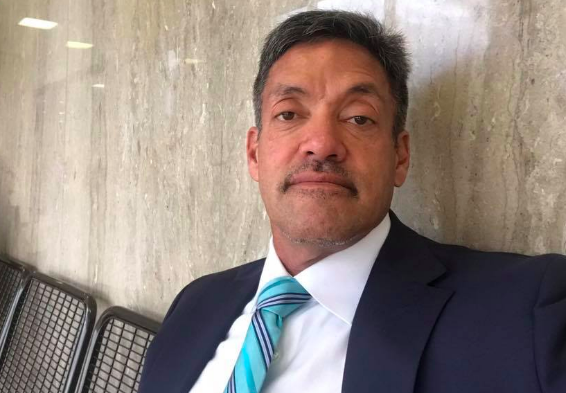 John Duran is a longtime West Hollywood City Council member and the city’s current mayor. He’s currently fielding a PR nightmare after making racist remarks to the media about an Asian-American man.

It all started when the Los Angeles Times reported the 59-year-old mayor, who also serves as a longtime board chairman of the Gay Men’s Chorus of Los Angeles, was accused of behaving inappropriately towards three current and former chorus members.

One chorus member, 23-year-old Jason Tong, told the newspaper that he quit the chorus after Duran allegedly slipped his hand inside the waistband of his underwear before a show.

When asked about Tong in an interview with WeHo Times last week, Duran said he’d “never heard of him” prior to the complaint.

“I looked him up on Facebook and, of course, he’s a skinny Korean kid with pimples on his cheek,” he said. “Look at this guy. It’s just not happening. It’s not credible.”

Evidently, in Duran’s mind, being skinny, Asian, and/or having pimples diminishes a person’s credibility in the world.

The comment prompted API Equality-LA, an Asian and Pacific Islander LGBTQ rights organization, to put out a statement calling Duran’s remarks racist, which they were. Meanwhile, Tong put out a statement clarifying that he’s not Korean, he’s Chinese, and accusing Duran of body-shaming.

Now, Duran says he’s sorry for those racist remarks, which he says weren’t actually racist, or at least they weren’t meant to be racist, even though they totally were.

In a recent statement posted to Facebook, Duran writes:

“It seems to me that the current angst has been created by things I have said– one comment sounding to some as racist–and other comments as sexually inappropriate and beneath the dignity of an elected official.”

(Mr. Duran, if you’re reading, using a person’s race or ethnicity to make a disparaging remark about them doesn’t “sound to some as racist”. It is racist. In fact, it’s the very definition of racism.)

The comment I made about an Asian-American man who made accusations against me recently in the Los Angeles Times, was not meant to single out his race. It was a rude and hurtful comment about someone’s appearance and for that I owe him and the community an apology.

(Again, Mr. Duran, regardless of what you “meant”, when you specifically mention a person’s race when criticizing them, you’re singling out their race.)

Oh, but it gets better:

Some of you know that my family is composed of mixed Latino and Asian heritages. My sister married a Filipino-American and my nephews and niece are beautiful mixed race Latino and Asian. My nephew married a Korean-American woman who is presently pregnant with their first son who will be mixed Asian, Latino, and white.

(In other words: “I can’t be racist! I have friends/family who are [insert any racial group here]!”)

Duran goes on to insist that he doesn’t harbor “any racist feelings towards my own immediate family or anyone else” and says that his words were “spoken in anger and haste.”

“I am truly sorry and I would like to apologize to anyone I may have offended,” he says.

Duran concludes his lengthy statement by calling for “a little less heat and a little more light” and urging people to fight against “the rule of the mob over justice.”