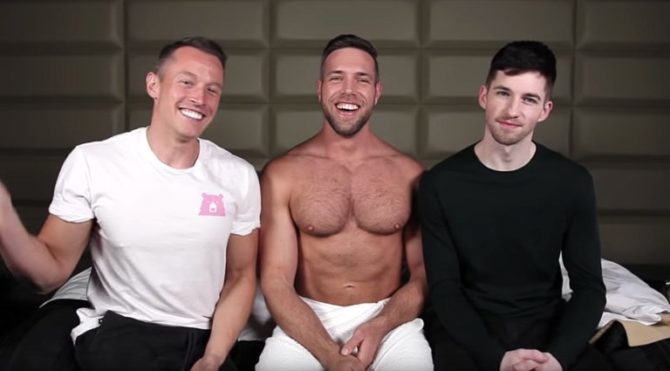 What’s it like hooking up with a gay-for-pay adult film star? That’s what Davey Wavey wants to know.

The vlogger-turned-educational-gay-porn-producer recently sat down with Alex Mecum and Thyle Knoxx from Men.com to discuss their experiences working in the adult film industry.

Related: Guys Reveal What It’s Like To Be ‘Gay For Pay’