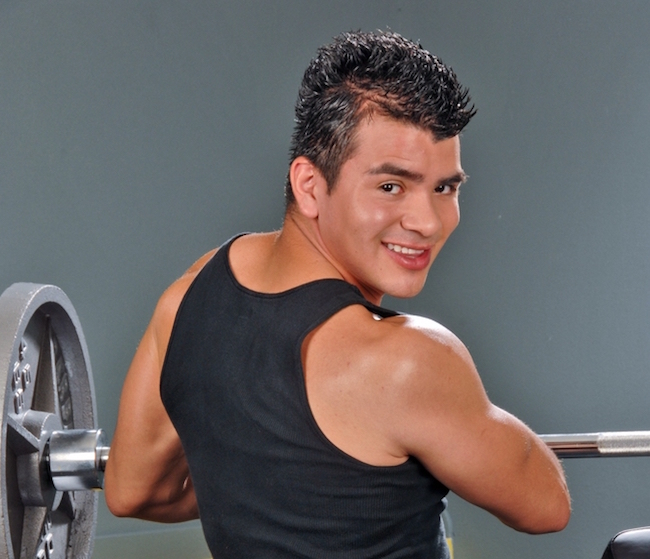 A former gay-for-pay adult film star who worked for sites like Sean Cody, Cocksure, and Mormon Boyz has been sentenced to life in prison for murdering his rich older lover in the hopes of inheriting his fortune.

As The San Diego Tribune reports, he was convicted in May 2017 for killing 52-year-old Jake Clyde Meredino in Mexico in May 2015.

During a hearing in San Diego, California, Meza was sentenced on Monday to life in prison for the murder of his rich older lover.

He also received a concurrent sentence: twenty years in jail for “conspiracy to obstruct justice after the murder,” according to Str8UpGayPorn (site decidedly un-work-friendly).

According to reports, Meza took his partner to the side of a road and stabbed him 24 times, slashing his neck and dumping him in a ravine.

The men had been in some sort of relationship since 2013.

Meza would’ve inherited the Texan’s $3 million estate, and he was the only named beneficiary of a $275,000 oceanfront condo purchased the day before the murder.

Meza also had a pregnant fiancé, Taylor Langston. She was captured on video re-entering the US with Meza shortly after the murder.

The couple was arrested in December 2015 and claimed they’d been visiting their friend “Joe” in Tijuana. That alibi was proven false in court.

According to Attitude, the case was built solely on circumstantial evidence. No DNA evidence was found at the crime scene.

Meza’s lawyer argued it would’ve been difficult for the small-sized Meza to move Meredino’s body since the victim weighed about 310 pounds.

After his first alibi proved false, Meza claimed he’d invited his boyfriend to the murder scene to steal his stereo equipment, but then changed his mind and ran away on his bike.

On the second anniversary of Merendino’s death, and after a week of deliberation, jurors eventually found Meza guilty of murder and conspiracy to obstruct justice.

In a statement released at the time, Acting US Attorney Alana W. Robinson said, “David Meza took the life of a man who cared for him, lavished him with expensive gifts and who wanted to create a life with him.”

“On this day, the second anniversary of Jake Merendino’s death, we salute the jury for delivering justice to a greedy killer who will now have to answer for his cruelty.”

Taylor Marie Langston, Meza’s girlfriend, was charged with obstructing justice and sentenced to 21 months in federal prison after accepting a plea deal.