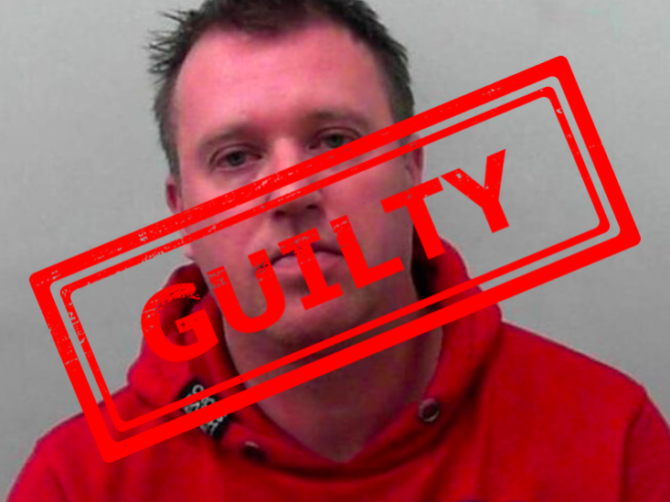 An amateur photographer from the U.K. with a “straight guy fetish” will spend the next two decades in custody after being found guilty of drugging and sexual assaulting seven men.

45-year-old Nigel Wilkinson faced 13 charges, including one count of rape and one count of sexual assault, after posing as a professional fitness photographer online in an effort to lure unsuspecting straight guys into his home, where he would drug and then rape them.

“Wilkinson is a gay man who preferred to have sex with straight men without their being aware of it,” prosecutors said in court last month.

This week, Wilkinson was found guilty of nine of the 13 offenses, including one count of rape, five counts of administering a substance with intent, and three counts of voyeurism.

According to the Lancashire Telegraph, Wilkinson opted not to attend his sentencing hearing yesterday.

His attorney, Ed Burgess, assured Judge James Patrick that his client was not showing “discourtesy” by skipping the sentencing hearing, and instead suggested his absence “might be regarded as a recognition to the inevitable in a case of this gravity and the inevitable sentence.”

“What we would ask is, whatever sentence is passed, you do not crush this man completely, rendering him useless and rendering him, ironically, more of a risk, ultimately,” Burgess pleaded.

But the judge was unmoved.

“The evidence now available to the court shows that you have a long-standing and entrenched sexual interest in straight men, especially those who are sleeping or drugged,” the judge declared, calling Wilkinson’s absence in court “a cowardly attitude verging on contempt for your victims.”

He went on to say Wilkinson’s crimes took “a very significant degree of planning” that included “spinning prolonged and elaborate lies about your personal life and sexual interests” and luring unsuspecting men to his home and giving them “potent drugs to render them senseless, with no memory or idea that you could be abusing them.”

After court was adjourned, Detective Inspector Larisa Hunt, who oversaw the investigation, told media: “These new convictions have further exposed the true extent and nature of Wilkinson’s offending, which has undoubtedly caused severe and lasting damage to his victims.”

“Our priority has been to seek justice for all of his victims, but the inescapable truth is some of them will never know whether they were raped or sexually assaulted by Nigel Wilkinson.”

“I’d like to personally thank each of them for their courage and willingness to support our investigation despite the emotional and psychological toll this has had on their lives.”