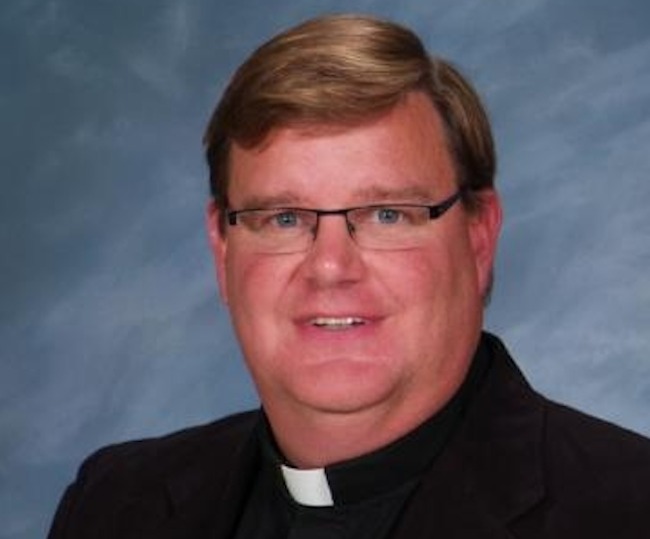 Last Sunday, a priest in Milwaukee came out to his congregation, much to their delight.

Father Greg Greiten of St. Bernadette Parish church later explained his decision in an op-ed published on Monday in the National Catholic Reporter.

His announcement came in the middle of his homily.

His announcement was met with a rousing standing ovation after he promised he’d “no longer live in the shadow of secrecy.”

“I could care less,” said parishioner Madge Powell. “I love him for the person he is.”

Despite the fact that he doesn’t support marriage equality, Shawn Govern nevertheless admired the priest’s honesty:

“He made a choice to walk in Christ’s shoes,” he says, “because he’s not going to be accepted by everyone.”

Related: This 78-year-old ex-priest just popped the question to his 24-year-old model boyfriend

Today, I break the silence and emerge free from the shackles of shame placed upon me at a young age. There is so much to speak about, to repair and to heal — much beyond the limits of these words in print.

Since my days in high school seminary in the 1980s, I was taught that homosexuality was something disordered, unspeakable and something to be punished. Friends with “particular friendships” were immediately removed from the school due to “family problems”…

Because of the culture of shame and secrecy around issues of sexuality in the seminary environment, students lived in fear and felt threatened to remain silent. It was evident that the leadership wanted everything to be swept under the carpet and to ensure that nothing would ever be leaked out. It was in this secretive environment that I grew up.

Later, he laments the lack of genuine role models for gay people in the Catholic church:

By choosing to enforce silence, the institutional church pretends that gay priests and religious do not really exist. Because of this, there are no authentic role models of healthy, well-balanced, gay, celibate priests to be an example for those, young and old, who are struggling to come to terms with their sexual orientation. This only perpetuates the toxic shaming and systemic secrecy.

Drew Prusko is a lapsed Catholic who was in attendance at the mass with his husband.

“If I had known a priest that shared what he did today, maybe my spiritual development would have been different,” he says.