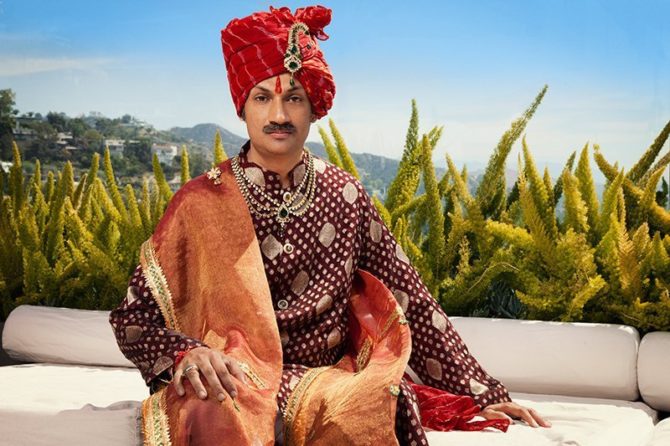 Here’s something you don’t hear every day: A gay prince is opening up his 15-acre palace grounds to struggling LGBTQ folk who have nowhere else to turn.

India’s Prince Manvendra Singh Gohil, the likely heir of the Maharaja of Rajpipla in Gujarat in western India, will personally oversee the project along with his organization The Lakshya Trust. He’ll be constructing new temporary housing on the property to accommodate those seeking refuge.

Gohil made international headlines in 2006 when he came out publicly as gay, much to the chagrin of his royal family members. He later founded The Lakshya Trust to combat HIV/AIDS and help support India’s LGBTQ population.

Though global attitudes towards homosexuality continue to shift closer to acceptance, the topic remains highly controversial in India, where many officials still interpret the law as banning gay sex.

Many young people are thrown out of their homes after coming out, a problem the prince seeks to address with his new endeavor.

“If I could undergo these problems then any other gay person could face a similar situation,” he told the International Business Times.

“In India, we have a family system and we are mentally conditioned to be with our parents. The moment you try to come out you are told you will be thrown out and society will boycott you. You become a social outcast. A lot of people are financially dependent on their parents.

“I want to give people social and financial empowerment, so eventually people who want to come out won’t be affected. They will have their own social security system. It won’t make a difference if they are disinherited.”

At the time of the prince’s coming out, a conservative outrage was sparked. Many called on him to renounce his title, and effigies of him were burned. His parents disowned and disinherited him.