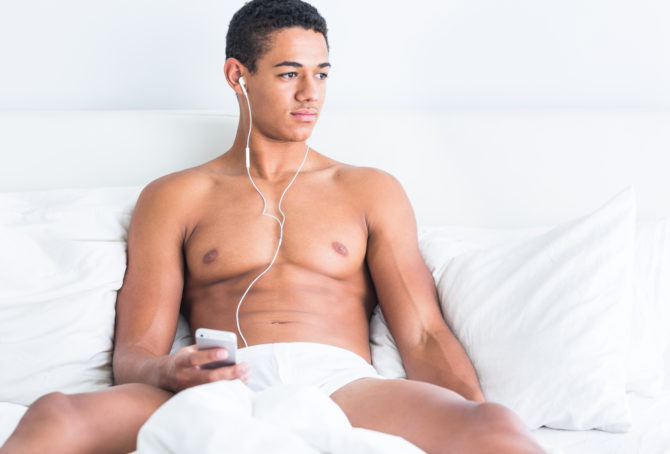 Of all the questions posed in the r/askgaybros Reddit forum, this recent prompt is a standout: “Do you remember the day/time/moment you realized you like men?”

So far, the thread has accumulated more than 80 comments, including tales of camp counselors, boys across the street, Freddie Prinze Jr. lookalikes, and even gay dragons. Here are some of the top-voted responses, edited for length and readability.

The opening of the chakras

“When I was 8 years old I went to a summer day camp where I was assigned a camp counselor named Chris. In retrospect, Chris was probably just a very average college kid and, in fact, was perhaps a little dumb, but I worshipped him. He had everything that made a person cool in the early ‘90s, which, if I recall correctly, was actually only two things: spiked hair and a puka shell necklace. It was a simpler time. Anywho, long story short, Chris gave me a piggyback ride in the shallow end of a swimming pool. I’m talking skin-on-skin contact, my face resting on his sun-tanned shoulders. Let me tell you, the warmth that filled my body in that moment, that unbridled joy, it opened my f*cking chakras. For one brief eternity, I was in an avatar state of superimposed homosexuals through the ages. I was Wilde, I was Alexander, I was Ai and Whitman. I was every nameless, faceless individual who had ever succumbed to that love which dare not speak its name. It’s the gayest I’ve ever been and can ever hope to be. My adult homosexual life is but the final ember of the homosexual inferno which first awakened me into the gay mindstream. On God, if I ever run into that man, even if he’s old and fat, I will do unspeakable things to and for him.” 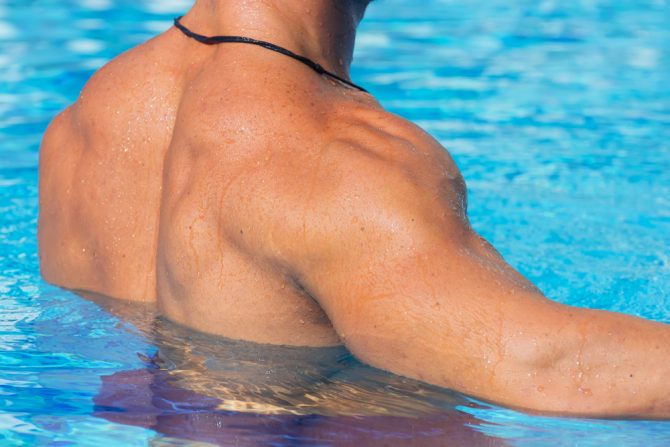 “I was in my late teens on a beach with some friends. One of my friends introduced her cousin. He’s a cute, lean dude with hairy chest and stomach, and I can literally feel my eyes tracing him from his chest to his crotch, especially the line under his armpit to his hip, just like how I look at girls. When I realized that I’ve been staring at him, I just exclaimed ‘Holy sh*t!’ aloud and walked away.”

Related: Teen falls in love with his ‘straight’ lifelong friend, who then kisses him out of the blue

“I was 12 and browsing Fur Affinity. This picture of two dude dragons f*cking in a cave caught my eye and I liked what I saw. Then I guess I got my confirmation when I went to a party when I was 15 and got off with a girl then about half an hour later with a guy and realized they both felt natural to me.”

The boy across the street

“I was 6, and it was the summer before kindergarten. I fell madly in love with the boy across the street. I was finally rewarded with a trip to their woodshed, where we stood next to one another and took a piss. Then school started, and I was a sissy, so he wouldn’t play with me anymore. Love and heartbreak in the summer and fall of 1968.”

“A few years ago, the thought that I could be LGBT in some way crossed my mind. Cue years of ‘Am I gay?’ Googling and tests. Then, last week, somebody asked if I was a ‘tits or ass’ guy. I had to think about that. Then, a few days later, I realized the answer was neither. Then it hit me. Yesterday, I subscribed to this subreddit (and several others).”

“I actually have two ‘aha’ moments that I’m gay. I think growing up a gay black boy in the ‘90s in kind of a macho/somewhat homophobic urban environment made it tough, but these are my experiences. Now being 28 years old, I understand. The first instance is a television one. I had to have been about 6 years old. I was at my cousin’s house watching WWF/WWE wrestling. They were watching it to see the wrestlers beat each other with tables and chairs, and I was watching it for the eye candy, lol. I was so attracted to all the wrestlers (John Cena, Edge, Randy Orton, etc.) in their singlets, and just omg, lol. I loved it. The second instance was a real-life one. I was 11, and it was my first day of junior high school. There was this boy in my history class. He was so handsome. He looked like a younger Freddie Prinze Jr. Omg, yes, lol. Throughout the whole class, I kept staring at him, and I’m like, ‘I’m gay.’”