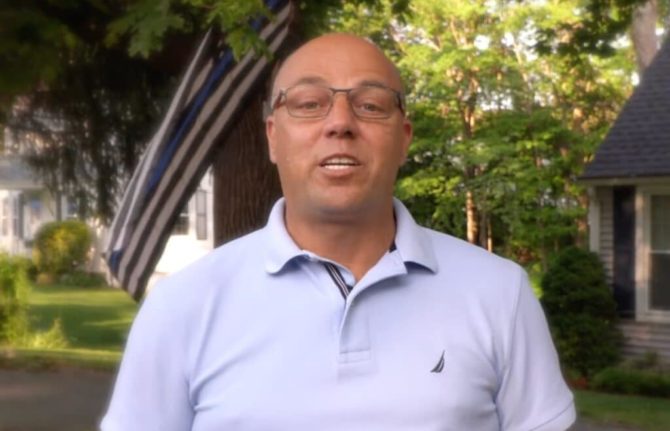 A local Republican politician from Massachusetts says he could hardly believe it when one of his colleagues launched a homophobic smear campaign against him and tried to have him primaried.

But when Debbie Martell, the Republican state committeewoman, got wind of the fact that he and his husband, Julian, were the fathers of not one but two adopted children, she almost threw up.

The Boston Globe has obtained emails that allegedly show Martell telling numerous people that she’s “sickened” by the fact that a member of their own party is a h-o-m-o-s-e-x-u-a-l.

In the emails, Martell says she’s hoping, “God willing”, that somebody–anybody!–will primary Sossa-Paquette in his bid for Congress and save them from his life of sin.

“After all, I hear he’s a married homosexual man,” she allegedly wrote. “That sickens me that he adopted his children.”

Fellow Massachusetts Republican Debbie Martell has launched homophobic attacks against me and my family.

Bigotry has NO PLACE in the Republican Party.

“As a proper Republican, I must stand up and do my part to say this is unacceptable,” Sossa-Paquette tells local media.

But when he reached out to the state party’s chairman, Jim Lyons, for help, he says Lyons wouldn’t intervene.

So Sossa-Paquette went to vice chair/COVID-denying anti-masker Tom Mountain, who says he called Martell and asked her to resign.

“What she did was wrong,” Mountain says. “It was immoral. We don’t have any room in the party for such things. And I’m not going to put up with it.”

But so far Martell has yet to resign. And a spokesman for Lyons said he was “not interested” in talking about the matter. So it looks like Sossa-Paquette is on his own.

“This does not represent the Republican Party that I’ve defended for the last 20 years of my life,” he says. “I’m not going to tolerate any bigotry coming out of my own party or the Democratic Party.”

It may not be the Republican Party Sossa-Paquette has known, but it’s certainly the one the vast majority of LGBTQ people have experienced over the past several decades.

Sossa-Paquette has since launched an online petition demanding that Martell resign immediately and calling on Lyons to do more about the hatred and homophobia that plagues the Republican Party.