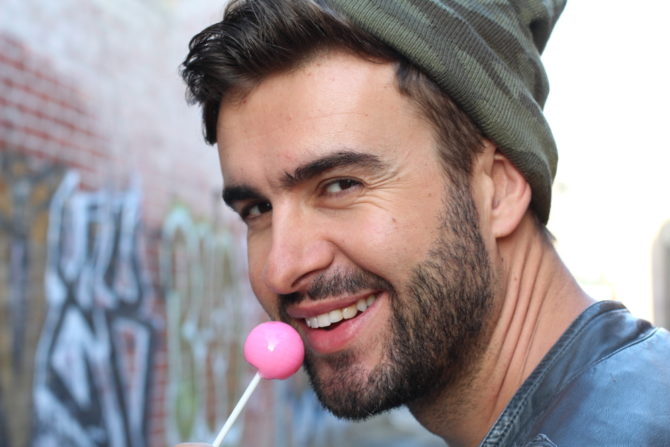 22-year-old Kyle never intended on being a sugar baby. It just sorta happened and, well, he decided to go with it.

“I was receiving monetary offers and one day started taking men up on them,” he recalls in a new interview with Insider. “From there, I gleaned I could do more and began to pursue it.”

He met most of his sugar daddies on Grindr and other dating apps.

“Over time it had been recommended as well by peers and friends who weren’t yet aware that I was already involved,” he says.

Soon he had guys paying his rent and bills as well as buying him clothes and paying for his school supplies.

“Life was easier especially because there was always that thought, ‘Oh, if I can’t make rent or XYZ, I can just send a few texts and someone will step up.'”

Not only that, but he found that being a sugar baby was actually rather “enlightening.”

It not only allowed me to explore my sexuality through the means of doing things I would have never tried otherwise … I also believe that without certain daddies I wouldn’t have survived in this city as long as I did until I could become financially independent. Something I realized later was that I did become financially dependent on this income for some time.

Despite the perks, Kyle says he often kept the fact that he was a sugar baby a closely-guarded secret because of the stigma associated with it, which he attributes to classism.

“People who have or who grew up with financial resources just didn’t understand the idea that some people come from less than nothing and without proper support systems need extraneous means to dig out of the holes of oppressive systems.”

Kyle eventually gave up being a sugar baby, he says, because he wanted to be more financial independent; however, he still keeps in touch with a few of his sugar daddies.

He hopes by being open about his story he can help dispel some of the myths surrounding sugar babies.

“These guys are not just paying for the dates or sex or whatever, they’re paying actors to play the part and that takes work and skill,” Kyle says.

He adds, “It also takes a nuanced understanding of being able to read people and what they’re really asking for under the cloaked intonations of not saying what they really want or asking for something else.”

Related: Introducing ‘Uber for Escorts,’ an app that makes finding an escort safer and more efficient