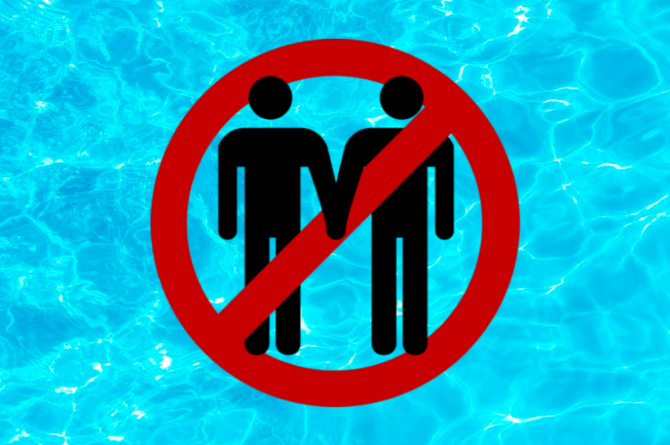 A young gay couple say they were relaxing in the pool at a local beach resort when a staff member harassed them.

The 17-year-old and 18-year-old say they were recently “intimidated” by a lifeguard at the Lido Arcobaleno beach resort in Caserta, in the Campania region of southwestern Italy, after sharing a brief hug in the water.

The lifeguard allegedly approached the couple and demanded they stop hugging as “there are children present in the facility.” He then asked them to be more “composed.”

LGBTQ activist Bernardo Diana said that despite laws that promise equal rights for gay couples, antigay discrimination still happens on a regular basis in Italy, pointing to another resort in the area that recently refused a room to a same-sex couple because the host “does not rent to animals or gays.”

A rep for the Lido Arcobaleno beach resort denied allegations of homophobia, telling Repubblica that the lifeguard only intervened because other pool-goers complained about the couple.