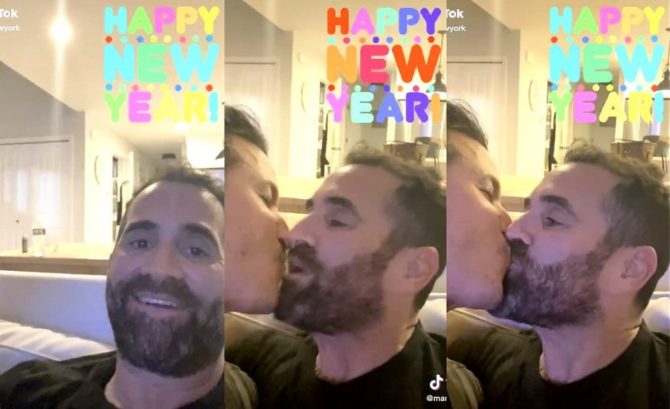 Controversy continues to bubble around the social media app TikTok, this time for removing a video of a man kissing his boyfriend on New Year’s Eve. Mark Pasetsky, the man who uploaded the video, has accused TikTok of anti-LGBTQ bias.

Late last year, TikTok came under fire for suppressing a number of videos, including those featuring obese, disabled and LGBTQ users. Ostensibly, the company did so to “prevent bullying,” though users cried foul at the explanation.

Pasetsky joins those voices, accusing the company of outright bias. In an op-ed written for Towleroad, Pasetsky recounts the odd disappearance of the video, his reaction, and the even odder excuse offered by TikTok.

“The post [was] removed because it’s a violation of the platform’s community guidelines,” Pasetsky writes. “I started by filing a support ticket and then tweeted the company. Finally, I emailed TikTok’s public relations department. After explaining that I was writing a piece on the video being removed and demanding answers, my request was quickly forwarded to the moderation team. Within two hours, TikTok re-activated my video and let me know it had been incorrectly removed due to human error. I can hardly believe this was the reason the video was removed.”

Related: Did the ‘gay’ high school couple in those viral TikToks queer-bait us?

Pasetsky goes on to explain that he believes the company would have taken no action had he not mentioned that he planned to write an article about the situation. He also questions what human removed the video, and the greater effect banning videos of LGBTQ people could have on the community, particularly younger users.

TikTok admitted the removal policy “was never designed to be a long-term solution.” A spokesperson for the app also adds: “While the intention was good, it became clear that the approach was wrong and we have since removed the policy in favor of more nuanced anti-bullying policies and in-app protections.”

The accusations made by Pasetsky are just the latest in a series of questionable business practices surrounding the app. In a rare bipartisan move, Senators Chuck Schumer and Tom Cotton have called for a probe into the app. Sen. Marco Rubio has also called for an investigation of TikTok by the Committee on Foreign Investment. The CFIUS had already opened an investigation as of November over concerns that the Chinese government is stockpiling user data–including user locations, biometric readings and images–as part of national intelligence operations. TikTok has also come under fire for use by ISIS as a recruitment tool.