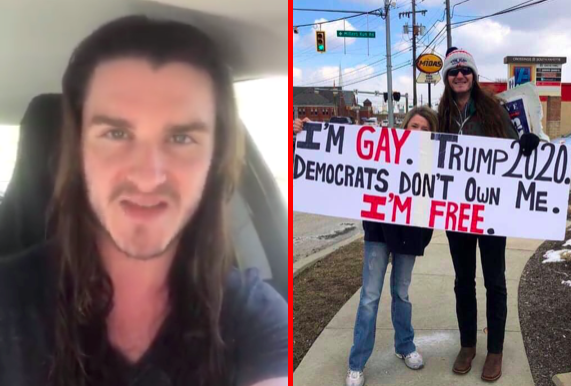 Jussie Smollett was summoned to an emergency court appearance in Chicago earlier today where he was informed that all 16 charges against him had been dropped by State Attorney Kim Foxx.

Naturally, Republicans are not happy about it. Smollett was facing a potential sentence of 64 years in prison, and they wanted to see him serve every minute of it.

Scott Presler is a proud, gay Trump supporter and professional Twitter troll with nearly 300K followers. Shortly after the news about Smollett broke, he posted an angry video/rallying cry to Republicans online.

In the video, Presler calls Smollett “the man that tried to incite a race war in our country.”

“But I’m too smart for what Jussie Smollett is trying to do!” Preseler proclaims. “He’s trying to divide us!”

He continues: “We as Trump Supporters, as Republicans, as Americans are going to come together!”

I have a message for Jussie Smollett.

You will not divide us.

You will not bait us into race wars.

Instead, we are going to come together & re-elect @realDonaldTrump. #JussieSmollett pic.twitter.com/59UCQlRXie

Presler concludes the video by encouraging all of his followers to register “just five new Republicans” so that they can reelect Donald Trump in 2020.

But he isn’t the only Republican who’s pissed. Check out what others are saying…

“White Privilege” is a MYTH…..

What we've witnessed today in the Jussie Smollett case reminds us of a scene out of Tyler Perry's TV drama; "The Haves and The Have Nots." Looks like something the character Veronica Harrington would have conjured up.
Kim Foxx needs to be Investigated!

“a sickening abuse of prosecutorial discretion.”https://t.co/rxW1lFQRJN

I was prosecuted to the hilt for an offense for which no American has ever been locked up. #JussieSmollett went scot free without even taking responsibility for perpetrating a racial hoax, a crime involving multiple felonies. What a joke our justice system has become!

If the prosecutor had merely struck a generous plea bargain under which @JussieSmollett avoided jail but admitted guilt to at least one offense, people would have grumbled about unfair treatment, but understood. Dropping charges is a purely political act, and reeks of corruption.

Are there really any questions as to why the charges against Jussie Smollett were suddenly dropped ?

Raise your hand if you still believe Jussie Smollett staged a fake hate crime against himself to further the racial and social divide in America!