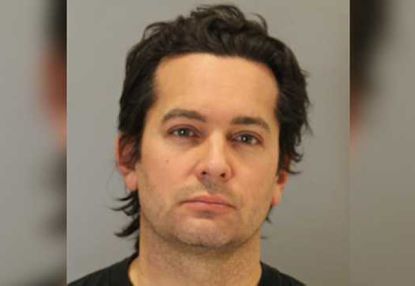 Gay-for-Trumper Brandon Straka must be feeling awfully lonely these days.

The gays don’t like him for obvious reasons. And now the Trumpers don’t either after court documents that were accidentally released to the media last week revealed the extent in which he cooperated with the FBI in its investigation into the deadly January 6 insurrection.

Quick backstory: In January, 45-year-old Straka, who founded the #WalkAway movement in 2018 to encourage people to ditch the Dems and support Donald Trump instead, agreed to a plea deal and was sentenced to three months of home detention plus three years of probation and a $5,000 fine for his involvement in Capitol Riots.

At the time of his sentencing, prosecutors said he had been “cooperative” and “helpful” with investigators, though they didn’t offer any further details.

Last week, court documents were mistakenly emailed to reporters and they show just how “helpful” Straka was. Turns out, he met with investigators three separate times, speaking to them for a total of four to five hours, and–surprise!–he ratted out all of his insurrectionist friends.

At the Feb. 11 meeting, he provided information regarding “Stop the Steal” organizer Ali Alexander and members Amy Kremer, Kylie Kremer, and Cindy Chafian.

He also provided information regarding Simone Gold, the founder of America’s Frontline Doctors, a group that has questioned COVID-19 vaccines and pushed unproven drugs. Gold pleaded guilty to one Jan. 6–related misdemeanor offense in March this year as part of a plea agreement. Last month, she was sentenced to two months in prison…

Prosecutors said Straka had turned over voicemail messages from Gold that contained “valuable” information, which they indicated could lead her to take a plea deal.

In addition to that, Staka named another person who authorities still hadn’t been able to identify:

On Dec. 8, Straka’s attorneys provided the government with information regarding a registered sex offender who lived near him in Nebraska. Straka said he observed this man participating in the riot and encouraging others to take an officer’s shield. Prosecutors said this information was “beneficial” because the man “was not previously identified by the FBI prior to Straka’s identification.” That man has not yet been charged with offenses relating to Jan. 6.

The documents were supposed to be kept under seal but were accidentally attached to a bulk email sent by the court to a group of media people late last week. Now, Straka’s attorney has filed a motion demanding a hearing about the documents’ release “without Court approval.”

Meanwhile, Staka took to his Gettr and Truth Social pages very late on Friday night to play the victim and defend himself against accusations of being a “snitch.”

“I’ve suffered immensely at the hands of the DOJ for a year and a half,” he said. “The reason why these documents were leaked is because I didn’t go away and crawl in a hole and die after my case the way they wanted me to. I’m still not going to now.”

For the record: Pretty much every media outlet is reporting that the sealed documents were sent in error and were not intentionally leaked. Also, the judge overseeing Straka’s case, Judge Dabney L. Friedrich, is a 2017 Trump appointee.

Unfortunately for Staka, he’s not getting much sympathy from anyone for his ordeal. Here’s what folx are saying on Twitter…

If you’re friends with violent insurrectionists, I can’t really blame you being very worried by their reaction to you doing your civic duty and cooperating with the DOJ.

But, well, you made the bed, so lie in it, Straka.

MAGA going to change their slogan to “Stop The Squeal”

Brandon Straka rolled over on his fellow “Patriots”, including Dr. Simone Gold who court documents refer to as “a rabid Stop the Steal supporter”

LMAO
There is no honor among insurrectionists https://t.co/TzMbLdb8hj

The #Walkaway grifter sounds like narc. ️‍♂️ Maybe the wingnuts should walkaway from HIM. https://t.co/4jx5BCpS9E

Haha, boo boo. You play with fire, ya get burned, TRAITOR.

He could just get a job, and resign himself to just do the right thing in all that he does.

Pretty funny watching a bunch of criminals climbing over each other, hoping that they’ll be the next one to be able to sell out their fellow criminals.

While you’re here, relive that moment when Staka had a meltdown at the Dallas airport after he was kicked off a flight for refusing to wear a mask during the height of the pandemic in 2020…