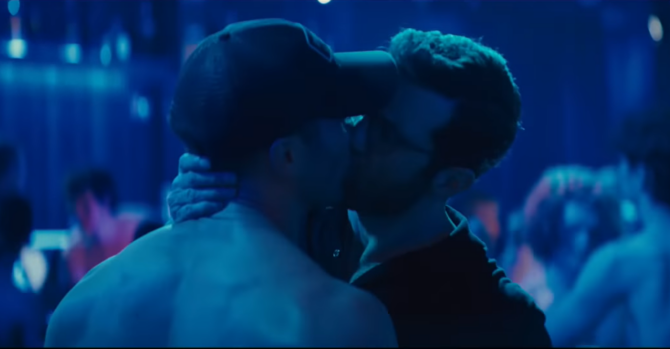 Yesterday we wished a very happy Bros trailer day to all who celebrate, and the reactions since its drop have made it clear that fans can’t wait for the film’s September release to come.

In the trailer we see Eichner as a writer/podcaster being tasked with writing a rom-com about a gay couple to show that gay relationships and straight relationships aren’t so different and that “love is love is love,” but Eichner’s character doesn’t buy that notion for a second. Watch the lightly work-unfriendly trailer below for more:

Akin to recent projects like The Other Two or Fire Island, Bros is ready to showcase the realities some gays face in dating, and fans are ready for the real. You don’t have to take our word for it — let’s ask the audience:

This is going to be so good it’s going to be the movie straight people use to defend against accusations of homophobia “I’m not homophobic I’ve seen Bros!!!”

I have t been to the movies in over 2 years. For you Billy….I will pop that cherry in September. I am saving myself for Bros. 😍

will she make a guest appearance? 🤔 pic.twitter.com/rI8JeEPMxK

“Do you guys remember straight people?” Felt that.

It’s a bummer that this is groundbreaking in 2022. But it absolutely is and I’m ready for it! Congrats @billyeichner !! ❤️ https://t.co/aolmnrzZFL