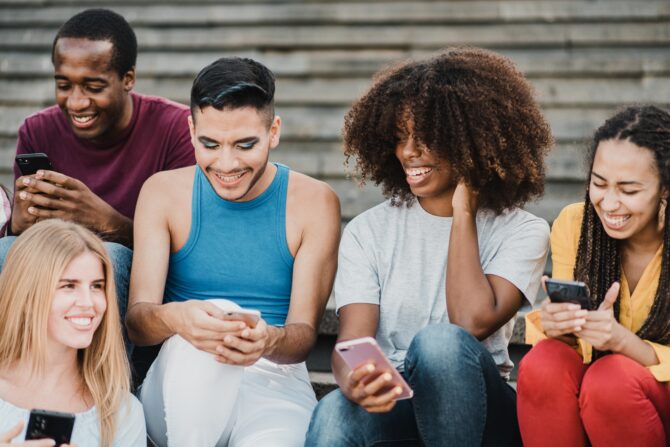 Twitter is a cultural phenomenon. It’s attracted everyone from teens to megastars, making it a melting pot of quick thoughts, hilarious jokes, and extremely timely (yet informative) memes. But who takes the crown when it comes to funny tweets? The answer is obvious: gay Twitter.

From the quickdraw humor to the raunchy, belly-laugh inducing quips, gay Twitter has originated some of the most iconic jokes that have been echoed many times over. Think the yassification era, “yas queen”, and “that’s on periodt”. Those were all thanks to gay Twitter (and the gay community in general). But what does the comedic landscape on Twitter look like in 2022? Read on to find out.

Here are some of the funniest (and sometimes educational) tweets from gay Twitter in 2022. They’re relatable, incisive, and downright hilarious.

She-Who-Must-Not-Be-Named might’ve written Harry Potter, but that doesn’t mean it’s stopped being a childhood favorite for many. Here’s a gayer take on the Sorting Hat. Sashay into Gryffindor, queen.

Only thing I have to say about Easter was I came out to my Irish Catholic great aunt who was a nun and she told me she knew I was gay when I was a child cause we’d go to churches and I’d always be like “omg Jesus is so handsome” up on the cross ?

We don’t choose who we’re attracted to, and sometimes that means people will be crushing on religious icons. Truly #blessed.

3. Can’t Decide If They Want To Be You Or Date You

obsessed with hot people making announcements about someone using their pics on Grindr.

Before we say anything, we need to say that catfishing is horrible, and we hope it never happens to anybody. That said, we can relate to Trixie’s obsession with stolen photo announcements.

4. Thinking With The Wrong Head

If you’ve never found yourself in a sort-of sketchy area on the way to a Grindr meet-up, you’re lying. But jokes aside, most young gay men on dating apps can relate to this one.

5. My Mind Is Tainted

I’ve spent way too much time on Gay Twitter because my mind went to a place with the name of this product pic.twitter.com/1Hbv3MZlBm

What’s one reason to come to Twitter? Gay content, of course. But when you’re constantly inundated with the verbiage of gay Twitter, sometimes things can get a little confusing offline. Behold, the Fur Daddy.

Ever been late to class or a meeting but still stopped for your daily iced coffee anyway? We can relate – and so can lots of other queer and gay folks.

Have you ever been the gayest person in your gaming lobby? If yes, then you know what this is like. Step aside, Brendan. We’re here to carry you to diamond.

8. When You Have To… Drag Her With You

“you can go to the party, but you have to take your little sister with you” pic.twitter.com/PDqacX0yBk

Older siblings, do you remember your first taste of freedom? When you just couldn’t sit still at the idea of going to a wild party at your friend’s house, just for your little brother or sister to tag along? This one’s for you.

9. Got The Booty And The Brains, Baby

Men’s academic underperformance has been back in the news.

In new research, I show that there is one group of American men who have, for generations, achieved remarkable levels of academic success: gay men.

Here’s a nice fact for gay men: there are now studies about how well gay men do in academic settings. So, student readers of Queerty, you’re among the greats.

I’m 27, have CB2 bedding, moisturizer that costs as much as a used college textbook, and dental insurance. I will not be adding you on snapchat.

Being hot and single means you’ll be getting guys (or girls) in your DMs asking for your Instagram handle or Snapchat – it’s just the price you need to pay. But check yourself first, because you have to know your worth.

twins who met on bumble pic.twitter.com/VcDNiD4chp

While the above tweet is a little facetious about accidentally dating a relative, there is some truth to gay folks dating someone that looks almost exactly like them. In the meantime, have a laugh and watch this video.

People make a lot of assumptions about other human beings, and Miss Britney Spears isn’t above that. Watch as she realizes Ryan Seacrest is actually straight.

This tweet speaks for itself. Watch it, savor it, enjoy it.

You never start watching Family Feud thinking the audience will shout “gay lovemaking” at the top of their lungs – and yet it happened. Come witness this modern miracle.

15. Thank You For Your Service

You’re too young to be here if you don’t get this tweet. But before you go, be sure to always prepare before getting down and dirty with another man. Do your research!

Dating apps can bring out the best (or worst) in us. But have you ever messaged a bonafide cutie some bizarre stuff, just to read it in the morning and cringe? We’ve been there. Our tip: swipe and text mindfully to save yourself the embarrassment.

That’s why I wasn’t using them. I was waiting for FDA approval https://t.co/ouN8MCgkjr

This tweet is good, even if it isn’t specifically meant for gay Twitter. But jokes aside, wrapping it up is essential. Remember to practice safe sex whether you’re in a long-term partnership or simply hooking up with a cutie from Grindr. Prioritize your health!

18. They Walked So We Could Run

thinking of our gay elders who paved the way pic.twitter.com/JFE4FTQYAa

Sometimes looking back is the best way to get a little bit of perspective on how far we’ve come. This tweet reminds us of the gay community’s humble roots in recent popular media. Keith, Brett, Kellen, and Kyle – we salute you.

If you hang out on Twitter for any amount of time, you’ll know what a “stan” is. You’ll also learn how intense stans can be, especially when talking about members of the LGBTQ+ community. Gay and queer men and women stand behind their chosen pop star like they’ve enlisted for the army – and they will fight you about it.

The Funniest Gay Tweets Of 2022

The year has just started, and that means there are tons more to be tweeted over the rest of 2022. Based on our little compilation of thoughts from gay Twitter, we’d say that we’re in for another wild year of hilarious tweets.

For more of these funny tweet compilations, keep reading Queerty!

RELATED: Josh Mandel Is Having A Panic Attack On Twitter About Emojis