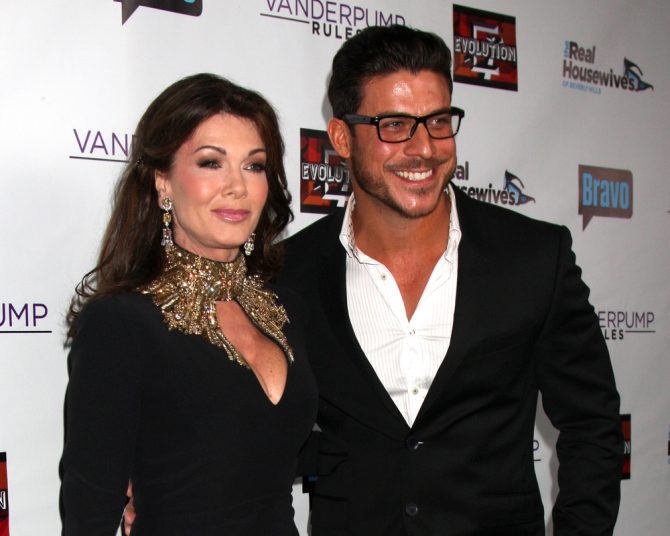 Jax Taylor is a bartender/cast member on Bravo’s Vanderpump Rules, but after his recent homophobic outburst on Twitter, it remains to be seen how much longer he’ll be on the show.

Last weekend, Taylor got into a Twitter spat with a complete stranger over Adidas’ new line of NHL-inspired apparel that resulted in him unleashing a string of homophobic insults at the man.

In one of the tweets, he accused the man of being a closeted frat boy who has gay sex with his roommate while wearing boat shoes. In another, he said there’s no way the guy could be heterosexual because he reads tabloids. (Evidently, only gay people do that sorta thing.)

When fans called Taylor out for his blatantly antigay rhetoric, the 40-year-old claimed he can’t be homophobic because 50 percent of his friends are gay. Not to mention, Lance Bass officiated his wedding!

I lived in West Hollywood for 15 years, worked at the abbey ( highest grossing bar in the country) (gay bar). I walked in 4 gay pride parades, I had my good friend Lance bass marry us, 50 percent of my friends are gay. But yes, You got me, I am homophobic… people are idiots. ? https://t.co/dIrAoGftMo

Now, Gay Twitter™ has had about enough. Many are calling out Taylor directly on his page…

Then he said “ my best friend is Black” smh

If you aren’t homophobic, then why the hell did you say all that shit?

To insult a person who you disagreed with you went straight for the “you’re gay, your wife’s a beard” as if being gay was an insult and shameful. That’s how the tweet came across. Having gay friends doesn’t immune you from the context in what you’ve said. 🤷🏼‍♂️

That DOES NOT give you the fcuking right to call someone gay as an insult. What you said to a complete stranger was 100% homophobic. As a man who worked in a gay bar for 15 years, walked in 4 gay pride parades, and has 50% gay friends you should know better.

I have no tolerance for H8!!! Jax and Brittany should not be allowed to be PumpRules! Lisa Vanderpump is a huge ally for the #LGBT! I also am a huge supporter ♥️🌈

Are you going to address the homophobic tweets from @mrjaxtaylor ? As a sister of a gay man, I’m completely disgusted. Kick him off the show. Such a loser

He’s just a vile, despicable POS. I hope these tweets have been sent to Bravo and Andy. He blocked me for saying under another tweet that tagged him that he was mean to followers for no reason. Someone needs to put this guy in his place.

wow still using being in the closet and gay as an insult in 2019? coming from @mrjaxtaylor that doesn’t surprise me. neither does @LisaVanderpump, “LGBTQ+ advocate”, still employing him. #VPR #RHOBH pic.twitter.com/EOVe4mlvUo

I don’t understand why people at Bravo think we give a damn about a clearly very ignorant useless almost 45 year old loser bartender … yet they keep giving him this platform ~ #Bravo #DoBetter @Andy ?

So far, neither Bravo nor Lisa Vanderpump, who claims to be an LGBTQ ally, have issued any comment on Taylor’s homophobic outburst.