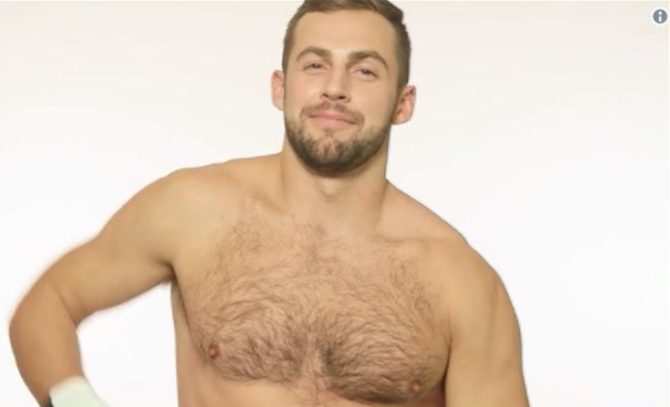 Related: WATCH: 10 guys from Team USA take it off for Cosmo

And we weren’t the only ones.

Since that video dropped, it seems all of Gay Twitter is feeling swept up in this 2018 silver medalist Olympic glory:

For anyone not watching the #WinterOlympics, turn your tv on now!

Related: Tom Daley flashes his cakes on the diving board

My husband Chris Mazdzer and I would like to share with you all our favorite photo of him. pic.twitter.com/SPQwbTPpIa

When I see gays tweeting about my husband Chris Mazdzer pic.twitter.com/C5X4ACB1E4

not only does @mazdzer look like this but he's also 6'1, hairy in all the right places, and a cancer ? pic.twitter.com/bSzU9JcgHi

Please don’t tweet any photos or videos of @mazdzer onto my timeline. I am waiting for my heart medication to be refilled before consuming such content. Thank you for respecting my privacy at this time. pic.twitter.com/6ZmM3tDsTE

For anyone not watching the #WinterOlympics, turn your tv on now!

me every time I see a picture of Chris Mazdzer pic.twitter.com/XzQLAITj9y

I’ve been trying really hard not to jump on the Chris Mazdzer bandwagon because he seems very *aware* of how hot he is, which is annoying

but GOD DAMN IT pic.twitter.com/ADzZPsdb0v

hi everyone this is US luge racer Chris Mazdzer ok bye pic.twitter.com/hsrRiOSCAP

down and out
43 comments