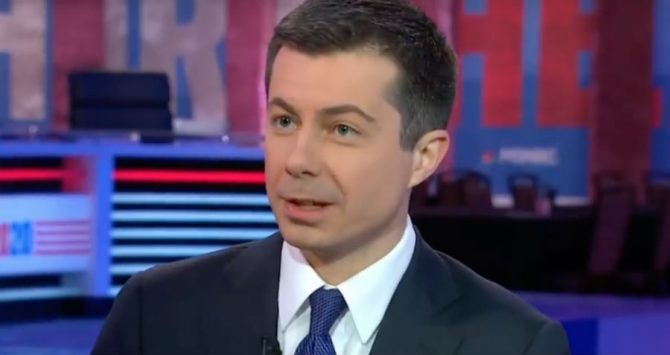 During the Democratic debate in South Carolina this week, Bernie Sanders became a popular target among the remaining field of candidates. Pete Buttigieg prepared a zinger to go after Sanders’ reverence for the “revolutionary politics of the 1960s”, and it’s not sitting well with many queer voters.

“I am not looking forward to a scenario where it comes down to Donald Trump with his nostalgia for the social order of the 1950s, and Bernie Sanders with a nostalgia for the revolutionary politics of the 1960s,” Buttigieg said at the debate, drawing what many view as a false equivalence between the fear-driven nationalism Trump exploits and the passion of the left to affect change.

Buttigieg was clearly pleased with the line, as evidenced by him repeating it on Twitter: 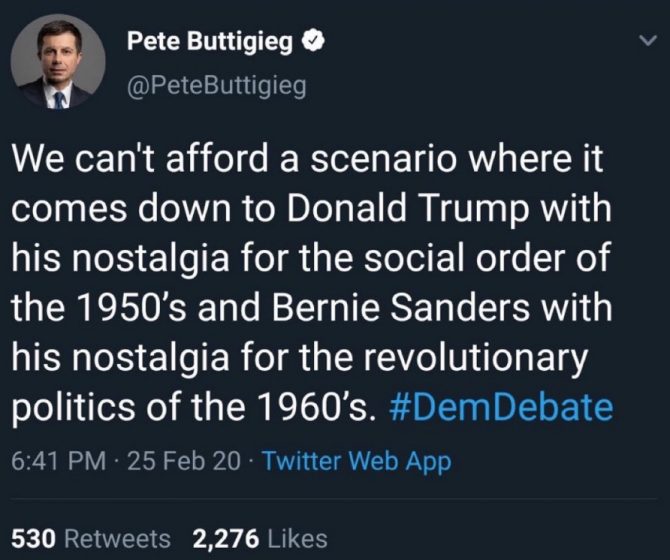 It could have something to do with this response:

pete buttigieg hating on the "revolutionary politics of the 1960s" that gave us the voting rights act, the civil rights act, second wave feminism, the anti-war movement, and the stonewall riots is pic.twitter.com/MkvQpluyAX

Pete Buttigieg wouldn't be able to run for president as an openly gay man but for the "revolutionary politics of the 60s."

I'm an openly gay elected, and I thank Sylvia Rivera & Marsha P. Johnson for the revolutionary politics they put into action in June 1969. #DemDebate pic.twitter.com/UuM2L15qVE

Hearing the first gay presidential candidate condemn the "revolutionary politics of the 1960s" is uhhhhhhh something pic.twitter.com/YdouVzxq4M

From my perspective, Buttigieg has defended Chick-fil-A, defended the Salvation Army, devalued queer media, and now dismissed the importance of Stonewall. I'm not mad about "how gay" he is; I'm angry because of how much he's shit on so much of my work and advocacy.

Hey @PeteButtigieg, the "revolutionary politics of the 1960s" that you hate so much is what has paved the way for you to run for president as a gay man. pic.twitter.com/ZSdeSdmim1

Literally gay liberation grew directly from the “revolutionary politics of the 60s.” @PeteButtigieg is able to stand on that stage because of revolutionary queers. #NotMeUs #LGBTQ pic.twitter.com/aHk2HGYAZi