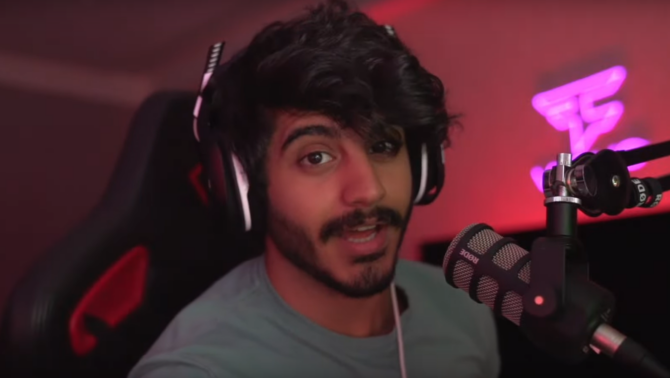 ESports giant FaZe Clan sent out an innocuous post on Twitter acknowledging Pride month, and team member FaZe Virus came out of the woodwork in a since-deleted tweet to let people know he is NOT with that gay stuff.

The statement stirred up immediate controversy, with some are voicing their support of the streamer. His fans cited both his Islamic faith and Saudi Arabian law as reasons he can’t support the queer community.

there’s a difference between accepting and supporting members of the LGBTQ community so why is FaZe Virus facing backlash when all he said was he doesn’t support them? that doesn’t mean he wants to kill them or something 💀

People really are freaking out over FaZe Virus’s tweet about him not supporting the LGBTQ but he literally lives in Saudi Arabia where he can be imprisoned for supporting LGBTQ. He had to distance himself from FaZe Clan’s tweet. It literally had to be said.

It’s unclear what law these people are referencing in their assumption that any vague ally-ship is illegal in Saudi Arabia, nor is it clear why the streamer needed to comment on the initial post at all. After all, it’s doubtful that anyone would target him for a tame statement released by this gaming organization with over a hundred partners.

Many voiced their displeasure with Virus’ statement, criticizing his justification of homophobia through religion as well as general toxicity within gaming spaces.

religion should not be a crutch for homophobia

This Faze Virus shit has ruined my faith in humanity. Why do so many people think that just because someone is religious they are allowed to hate/discriminate against LGBTQ+ people? This kind of thing is exactly why we need Pride Month to those doubting it.

just saying. Religion doesn’t make u a bad person. discriminating against a minority does. you’re a bad person not because of your Religion but because you choose to discriminate against people for the way they were born. hmmm

Your religion can dictate how YOU live YOUR life. it shouldn’t be an excuse to be prejudice or bigoted towards homosexuality or other races

Just drop this FaZe Virus guy from FaZe already. it’s against his religion TO BE GAY. not to respect people who’s choices don’t effect him

Ok I said this before on stream, but it’s disgusting when people hide behind their religion to justify their homophobic thoughts. Plus, there was 0 reason for Faze Virus to tweet this out. Putrid behavior pic.twitter.com/pjSuKaX4YC

It should be noted that queer Muslim people who practice their faith along with their sexuality exist throughout the world, making the justification for FaZe Virus’ statement even that much thinner.

Neither Virus nor any official FaZe Clan channels have addressed his statement further at time of writing.