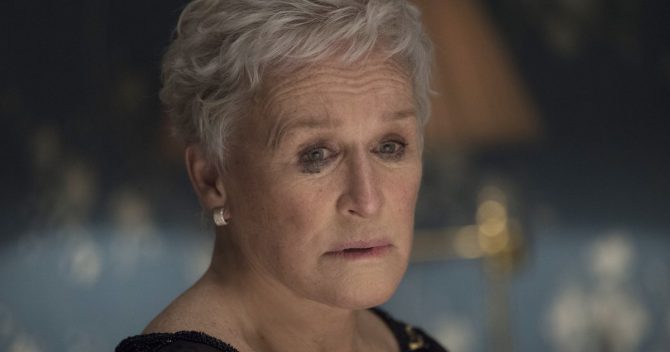 After last night’s Oscars, Glenn Close holds onto her title as the living actor, male or female, with the most Oscar nominations without a win. Her score is now 0 for 7. Whomp, whomp.

In a surprise upset, Olivia Coleman bested Close for Best Actress for her role in The Favourite. And while Coleman gave an incredibly gracious speech, in which she even acknowledged she wanted Close to win over her, fans were still pissed. And understandably so.

71-year-old Close has been making movies for 45 years. 45 years! What more must the woman do for the Academy to finally give her the recognition she deserves?

How am I supposed to function today knowing that Glenn Close still doesn’t have an Oscar? #Oscars pic.twitter.com/NHD08NvpQU

Technically, G*ga is an academy award winner while Glenn Close still isn't. I mean, what in the actual fuck. #OSCARS

The face says it all.

Nobody has suffered more #Oscars heartbreak than Glenn Close has… pic.twitter.com/4UU5lyje7L

Glenn Close took that like a total pro, too. Now someone make a better movie for her.

Glenn Close signing on to her next movie role pic.twitter.com/hD9kr8FSoh

Ryan Murphy waiting with a net for Glenn Close

"Let's fucking do this." – Glenn Close on the first day on filming the SUNSET BOULEVARD film musical adaptation

Someone is very upset about Glenn Close not winning ?? pic.twitter.com/UiM7Ptcbcu

I hope Shangela took Glenn Close aside tonight and let her know, hey sometimes there’s a special kind of power in being the one who was “robbed.” Look at Shangela! She was in a Star is Born! Glenn will be alright.

Me, enlightened: she is The High Femme Root pic.twitter.com/4hQhtoTsUj

Glenn Close’s phone BUZZES. She checks, the applause around her swelling.

UNKNOWN
Is the hit still on?

GLENN
Not tonight. Gaga lives
to see another day.