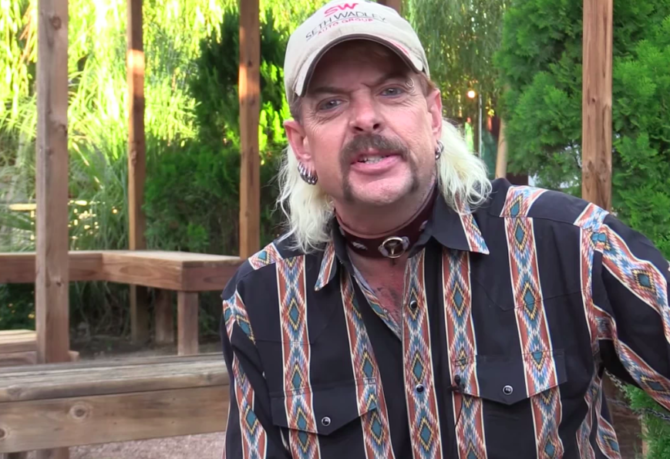 A gay zookeeper from Oklahoma was indicted for allegedly trying to have an animal rights activist killed in a murder-for-hire plot.

His alleged intended victim is 57-year-old Carole Baskin, who owns and operates a large cat animal rescue in Tampa, Florida.

On Friday, the Justice Department announced that Maldonado-Passage had been indicted by a grand jury on two counts of hiring a person to commit murder.

Apparently, he and Baskin clashed for years over his treatment of large cats. In July 2016, Maldonado-Passage offered a hitman $3,000 to travel from Oklahoma to Florida to murder Baskin.

The hitman made the journey down to Florida, but the scheme didn’t go as planned and, the U.S. Department of Justice says, “Jane Doe did not suffer any physical harm.”

Then in November 2017, Maldonado-Passage tried again. He set out to find another hitman. Unfortunately for him, instead of locating a legit murderer, he connected with an undercover FBI agent, and his plot was foiled.

“He’s been threatening me for many, many years,” Baskin tells The Oklahoman.

In 2016, Maldonado-Passage launched a bid for president. In his campaign video, he said: “I’m gay. I’ve had two boyfriends most of my life. … I’ve had some kinky sex. I’ve tried drugs through the younger years of my life. I’m broke as sh*t.”

He also added, The outspoken zookeeper also added, “I have a judgement against me from some bitch down in Florida.”

It’s unclear whether he was referring to Baskin.

Maldonado-Passage was arrested in Gulf Breeze, Florida on Friday. He now faces up to 20 years in prison and $500,000 in fines.