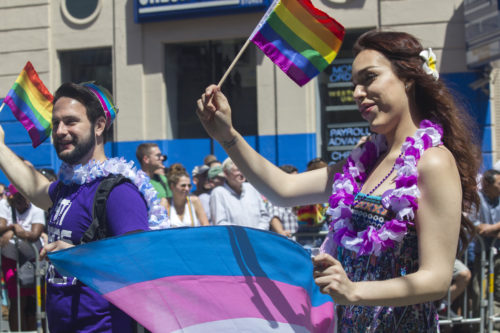 The World Health Organization (WHO) has finally removed gender dysphoria from its classification of mental and behavioral disorders.

The decision is being met with celebration by trans advocates around the world.

The WHO’s International Classification of Diseases (ICD), which is “the international standard for reporting diseases and health conditions,” was edited to remove the problematic classification.

In the latest update, known as the ICD-11, WHO renamed gender dysphoria to gender incongruence, and most significantly, removed its classification as a mental disorder.

The ICD-11 describes gender incongruence as “characterized by a marked and persistent incongruence between an individual’s experienced gender and the assigned sex.”

“It’s big because a big powerful organization is sending an affirming message saying being trans is part of human diversity rather than pathologizing us.

“This is a huge boost for trans and gender diverse people.”

Goldner added: “This is one obstacle out of the way to get equitable regulations.”

WHO Member States will integrate the ICD-11 at the World Health Assembly next year. It will be fully adopted on January 1, 2022.

Until then, countries will have time to plan out how to best adopt the new guidelines and train health professionals accordingly.