While the holidays are normally a time for joy and celebration, they can also bring a lot of stress and anxiety for LGBTQIA+ people. This is especially true for asexual people, who often have to endure prodding questions and invalidating statements from their more conservative relatives.

About 1 percent of the world’s population identifies as asexual, and yet they continue to be some of the most misunderstood members of the LGBTQIA+ community. And while a lot of factors go into this, it’s hard to ignore the dearth of asexual representation in the media.

As such, we’re here to acknowledge the few celebrities who have, whether intentionally or not, increased asexual visibility in the past few years. The next time a non-asexual person tries to question the validity of your sexual orientation, you can bring up this list of 7 very real people who have identified or currently identify as asexual.

RELATED: This webcomic starring a popular condiment may be the tastiest explainer of asexuality

What Does It Mean To Be Asexual?

Before we get to our list, let’s break down what “asexuality” means. The word “asexual” means someone who does not experience sexual attraction to other people. Some asexual people may have a low libido but still feel sexual from time to time, while others may feel a complete lack of sexual attraction, have no sex drive at all, or even describe themselves as sex-repulsed. The opposite of asexual is allosexual. 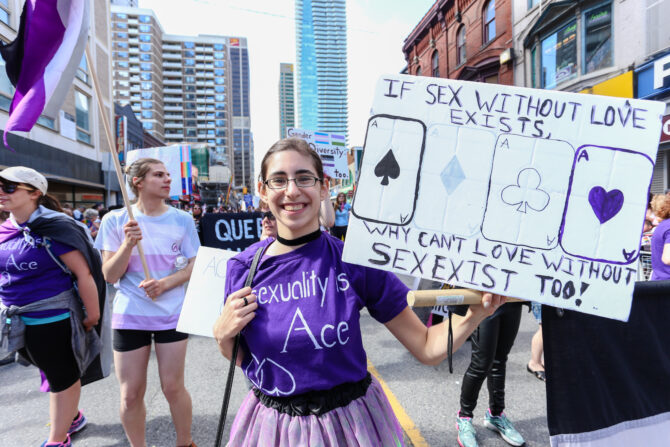 Some asexual people may still feel some sexual attraction or even enjoy sex infrequently. These people are often considered by the asexual community as “grey asexual” (or gray/gray ace) as they are not quite asexual but not quite allosexual either.

Some people in the asexuality spectrum identify as “demisexual”. These are people who cannot feel attraction to or have relationships with others unless they form a strong emotional bond with them first.

People who are asexual may or may not experience romantic attraction to others. Remember that sexual orientations and romantic orientations are two different things, and who you’re sexually attracted to (and to what degree) might not necessarily reflect who you might be interested to pursue a romantic relationship with.

4 Celebrities Who Are Asexual

These four famous asexual celebrities have publicly identified themselves as belonging somewhere on the asexuality spectrum:

David Archuleta, famous for his song “Crush” and stint on American Idol, recently opened up about his sexuality on Instagram. In a June 2021 post, Archuleta wrote about how, in 2014, he came out as gay to his family but also experienced having “similar feelings for both genders”. However, he also said that he “doesn’t have too much sexual desires and urges as most people, which works I guess because I have a commitment to save myself until marriage.”

“People call [this] asexual when they don’t experience sexual urges”, he added. 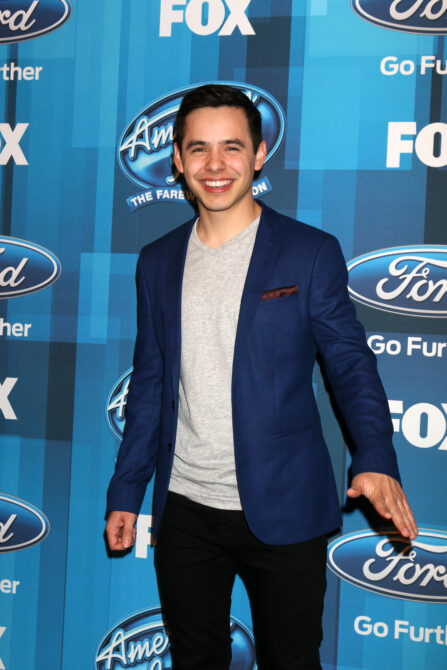 Despite starring in the raunchy, satirical sex comedy Wet Hot American Summer, actress and comedian Janeane Garofalo is relatively indifferent to sex. In one of her standup sets, she says, “I don’t have a fear of intimacy. I have sort of a genuine lack of interest in it.”

In an interview with The Advocate, Garofalo was once told that she gave off a “queer vibe”, to which she replied, “Everyone thinks I’m gay and Jewish, to which I say, ‘Thank you,’ because it makes me seem far more interesting than an asexual atheist.” 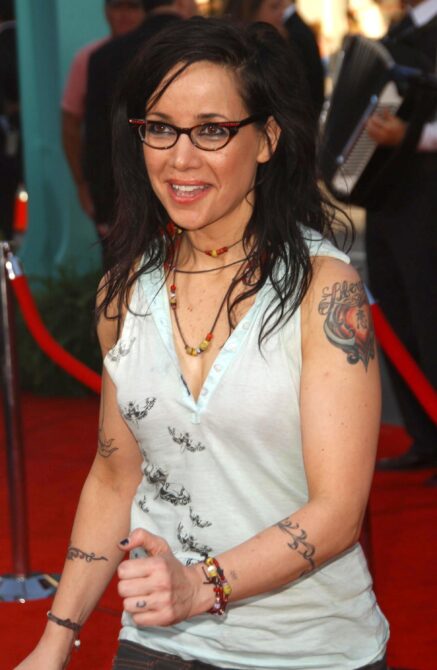 Paula Poundstone is another actress-slash-comedian who identifies as asexual. Long rumored to be gay, Poundstone came out as asexual in 2013. “I don’t talk about sex a lot because I don’t actually have sex, and my act is largely autobiographical”, she said onstage at the Royal Oak Music Theatre. 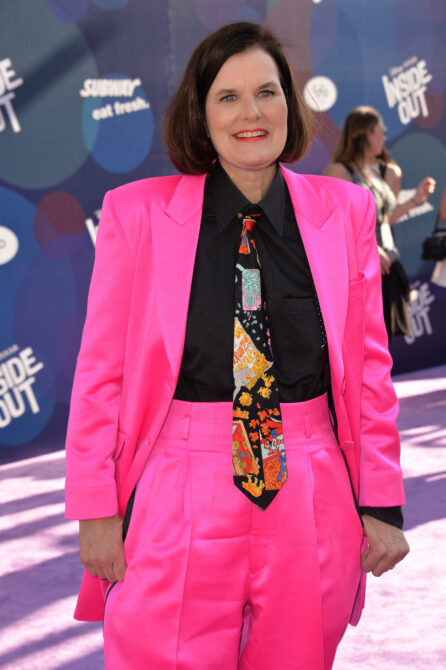 Asexual activist David Jay is the founder of the website the Asexual Visibility Education Network or AVEN. According to The Guardian, it’s the “biggest asexuality platform” on the web, with over 120,000 members.

Jay recently made the news for being part of a three-parent family with his friends, married couple Zeke Hausfather and Avary Kent – proving that you can be asexual and still have a family of your own.

3 Celebrities Who May Or May Not Be Asexual

In 2012, the Project Runway mentor revealed that he hadn’t had sex in 29 years, owing to a bad break-up. After his last boyfriend ended their long-term relationship abruptly and without explanation, Tim Gunn decided that he could no longer bear to be hurt like that again.

While this revelation has led many to assume that Gunn is asexual, some argue that the fashion guru is more akin to being voluntarily celibate rather than incapable of having sexual feelings. After all, Gunn himself said that he “does not completely rule out sex from his life” and neither does he have a “mandate that says no sex”. 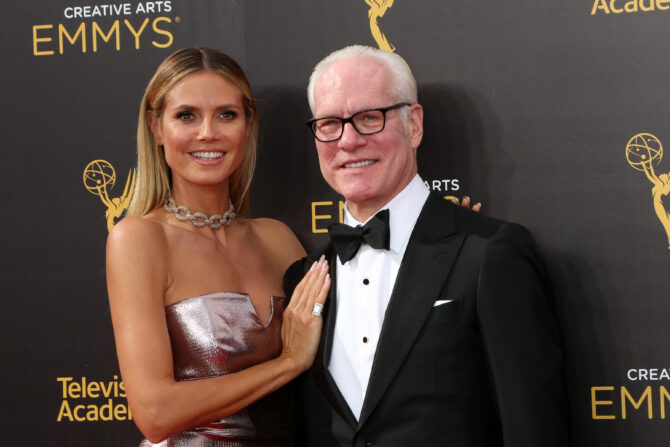 In April of 2015, Caitlyn Jenner sat down for an emotional, tell-all interview about her struggle with her gender identity. Speaking to Diane Sawyer, she opened up about coming to terms with being transgender.

When asked about her relationships with her former wives and her attraction to women, Jenner said that she’s always been attracted to women. However, at the time, she said she would identify as “asexual for now” as she still had “a lot to learn in the next year”. 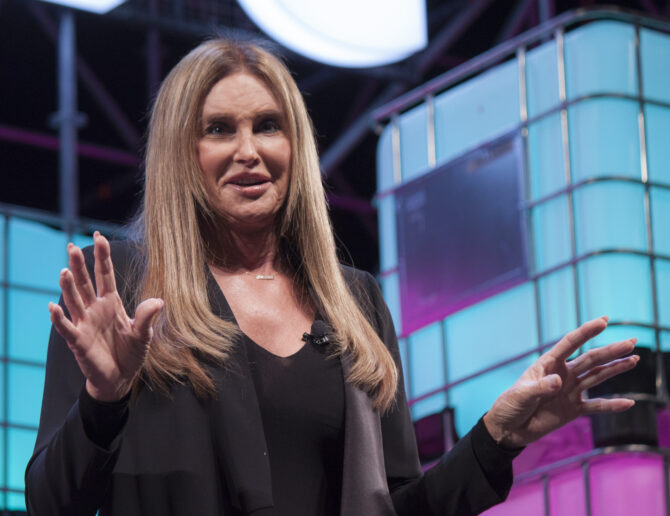 Mike Skinner of The Streets is often lumped together with other asexual celebrities. This is because, in 2009, the British rapper, singer-songwriter, and producer tweeted, “I am asexual. You could think of me as the Cliff Richards of geezer urban beat poetry”.

Though the tweet has since been deleted and Skinner hasn’t addressed his sexuality since, who’s to say that it isn’t true? Today, Skinner is married to Claire Le Marquand, with whom he has one daughter. 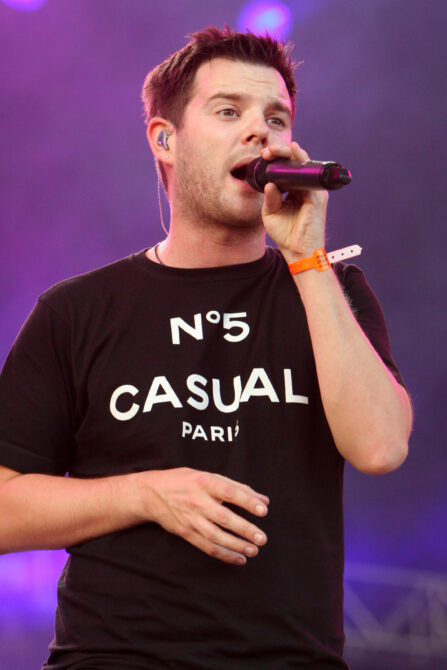 Why There Are So Few Asexual Celebrities

Asexuals often feel dismissed and misunderstood by the general population. They’re often told things like, “you’re probably just a late bloomer”, “you probably just haven’t found the right person”, or “you just haven’t found someone you find attractive”. Some people will even go so far as to say that asexuals have something wrong with them or that they’re not “normal”.

While these misconceptions are untrue, they’re still hurtful. And for as long as they continue to exist, asexual people will continue to fear being alienated or judged for being their true selves.

But as more and more people understand what asexuality means, more asexual celebrities can feel comfortable being themselves and – hopefully – help shed light on this oft-misunderstood sexual orientation.

RELATED: Asexuals talk about the woes of living in an overly sexualized society