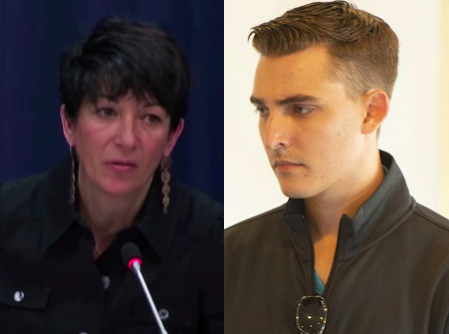 As you may or may not recall, Wohl wrote a slanderous Medium article in April 2019 under the pen name “Hunter Kelly” that falsely accused Pete Buttigieg of sexual assault.

On top of that, he invented sex scandals about Robert Mueller, Kamala Harris, and Anthony Fauci, just to name a few.

He also fabricated his own death threats and was permanently banned from Twitter for creating too many fake accounts, which he used to peddle right-wing conspiracy theories.

We use the term “star” very loosely, however, as he hardly has any “fans” and pretty much everyone who’s had the pleasure of seeing his content has been left, shall we say, unimpressed.

we signed up for jacob wohl's OnlyFans and did a whole episode about everything leading up to this pointhttps://t.co/ZIbGSITWT6 pic.twitter.com/uUj2IiU0RK

Maxwell purportedly hired Wohl the day after she was arrested back in June, offering him $25,000 for his dirty work.

But clearly it was money not well spent because Wohl never delivered on his promise, Maxwell is still sitting in jail, and the whole plot, plus several corroborating documents, have now been leaked to the press.

The whole thing was foiled when a woman who Wohl enlisted to help dig up dirt on people, model and paralegal Kristin Spealman, ratted him out.

According to Spealman, Wohl first mentioned the alleged scheme at a party on July 11.

She tells the Daily Mail she was “disgusted” when she heard about it, saying, “I believed those girls, I felt like they were telling the truth and they were real victims,” adding that Wohl was “saying really bad things about them.”

When approached by the Daily Mail for comment, Wohl said he believes Maxwell “deserves representation.”

“Every person, even those accused of the most odious of crimes, deserves representation and possesses the right to engage lobbyists to petition the government on their behalf,” he affirmed.

Even, evidently, the alleged madams of child rapists.